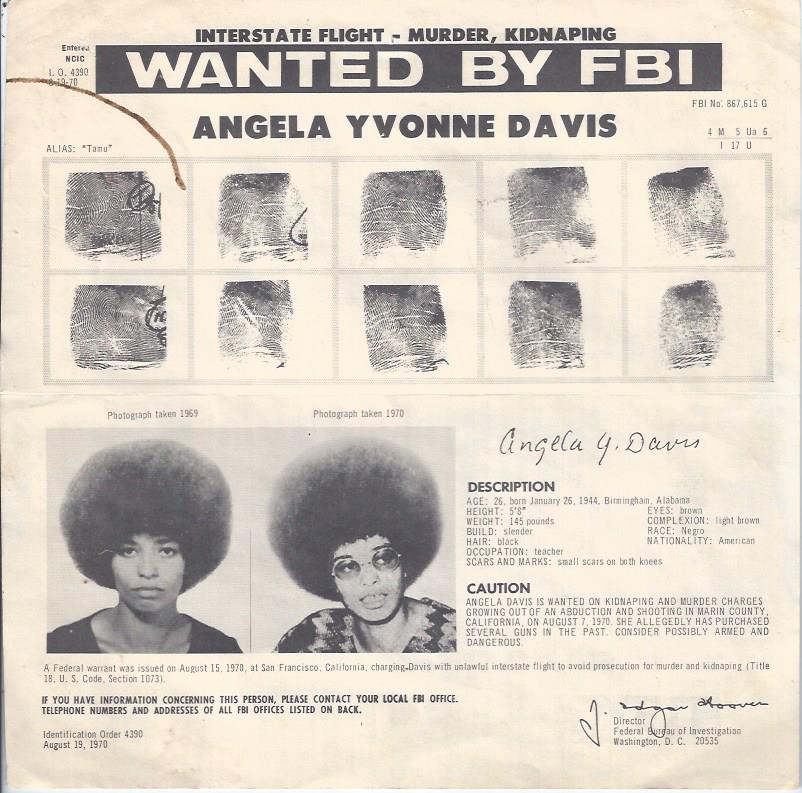 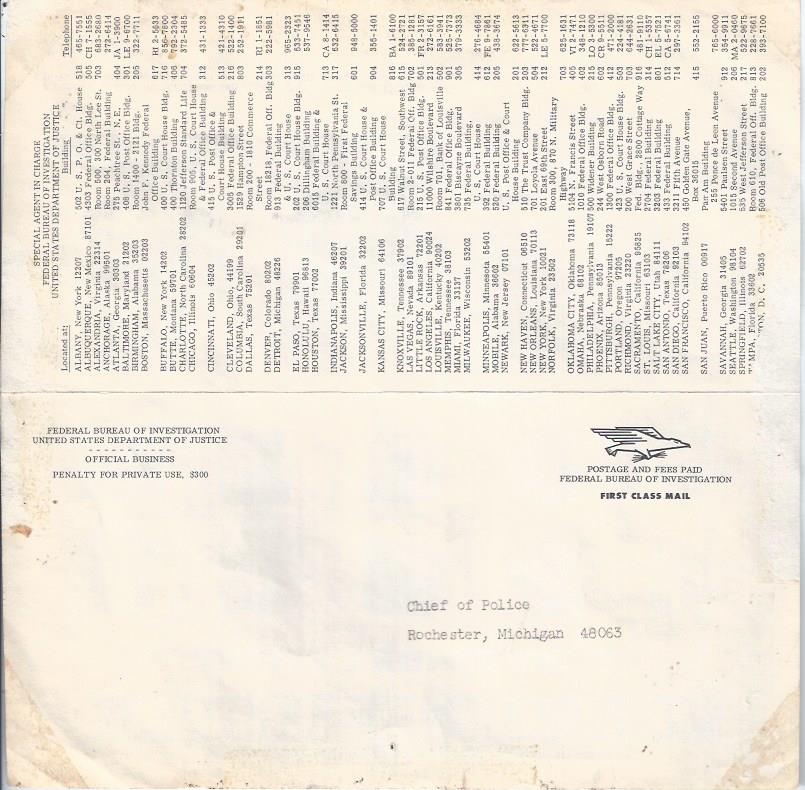 Original, 1970, wanted mailer issued by J. Edgar Hoover, this copy addressed to the Chief of Police, Rochester, Michigan.It reproduces Davis’s fingerprints and has two headshots. Mailing fold, toning, brown ink mark upper left. VG condition. Angela Davis became a fugitive in 1970 because of her tangential involvement in the Soledad Brothers case. This flyer was issued while she was a fugitive. She was eventually apprehended by the FBI and imprisoned. A jury found her not guilty. She continues to be involved in antiracist causes. ; B&W Photographs and Fingerprints; Small 8vo 7½" - 8" tall; 1 pages