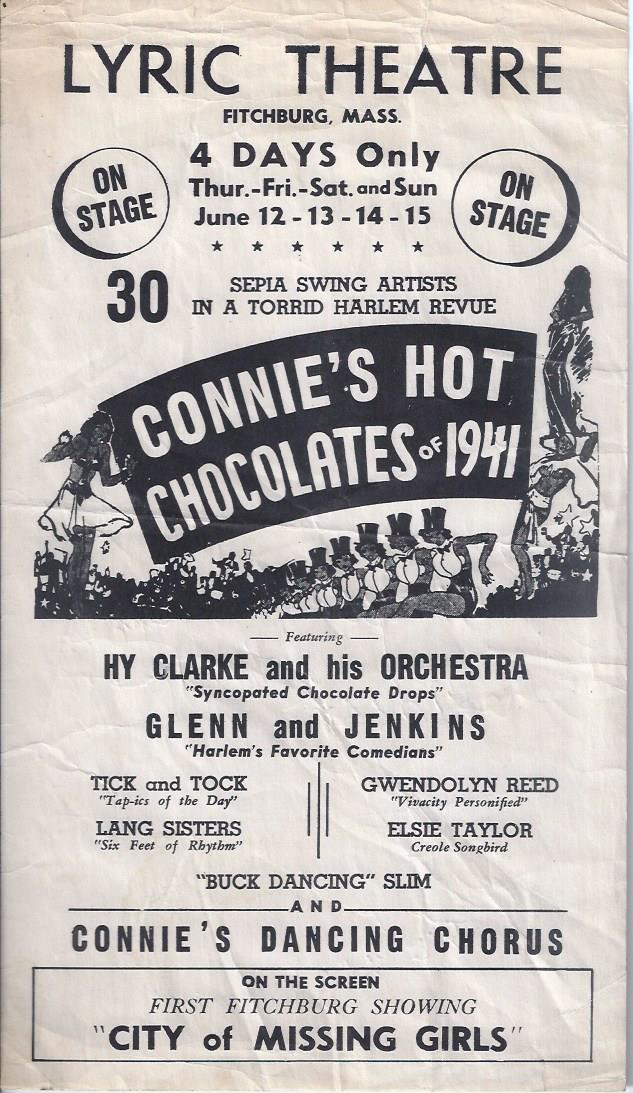 Connie's Hot Chocolates was an all-black cast musical revue with music by Fats Waller that opened on Broadway on June 20,1929 and closed on December 14 of that same year. The revue was wildly popular and was revived frequently. This handbill is for a regional-revival performance of the revue in 1941 in Fitchburg, Massachusetts. The handbill states, "Sepia Swing Artists in a Torrid Harlem Revue." This production lists the following mostly local stars: Hy Clarke and his Orchestra (I have found no information). Glenn and Jenkins are listed as comedians. They were Vaudvillians who did comedy routines, often in blackface. They were from South Carolina. Tick and Tock were tap dancers. The Lang Sisters were singers. Gwendolyn Reed is probably the African-American actress from Hartford, Connecticut who was in many productions in New England and who became the personification of Aunt Jemima for Quaker Oats. She travelled nationwide as Aunt Jemima and also became an advocate for childhood literacy programs. Elsie Tayl