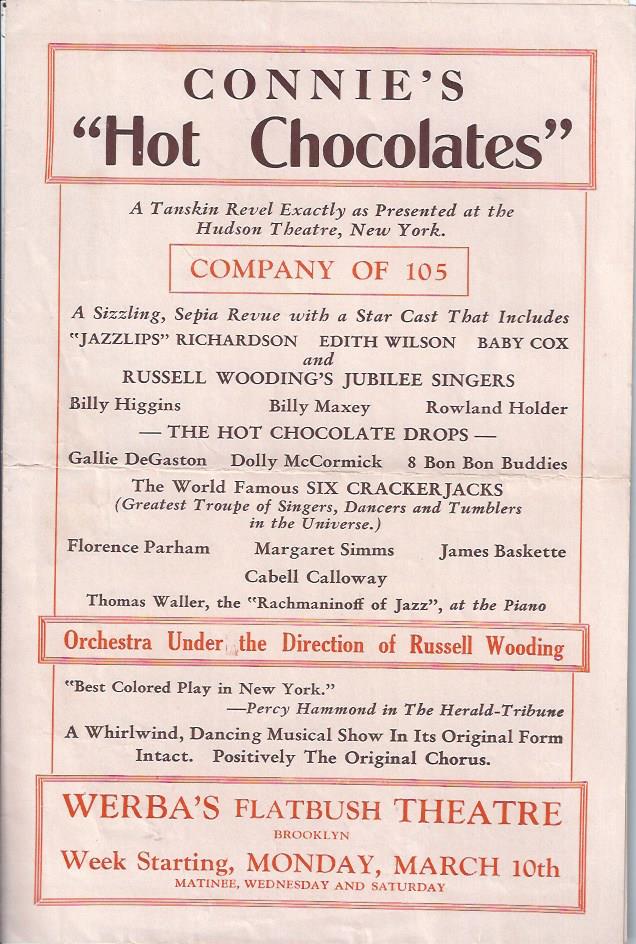 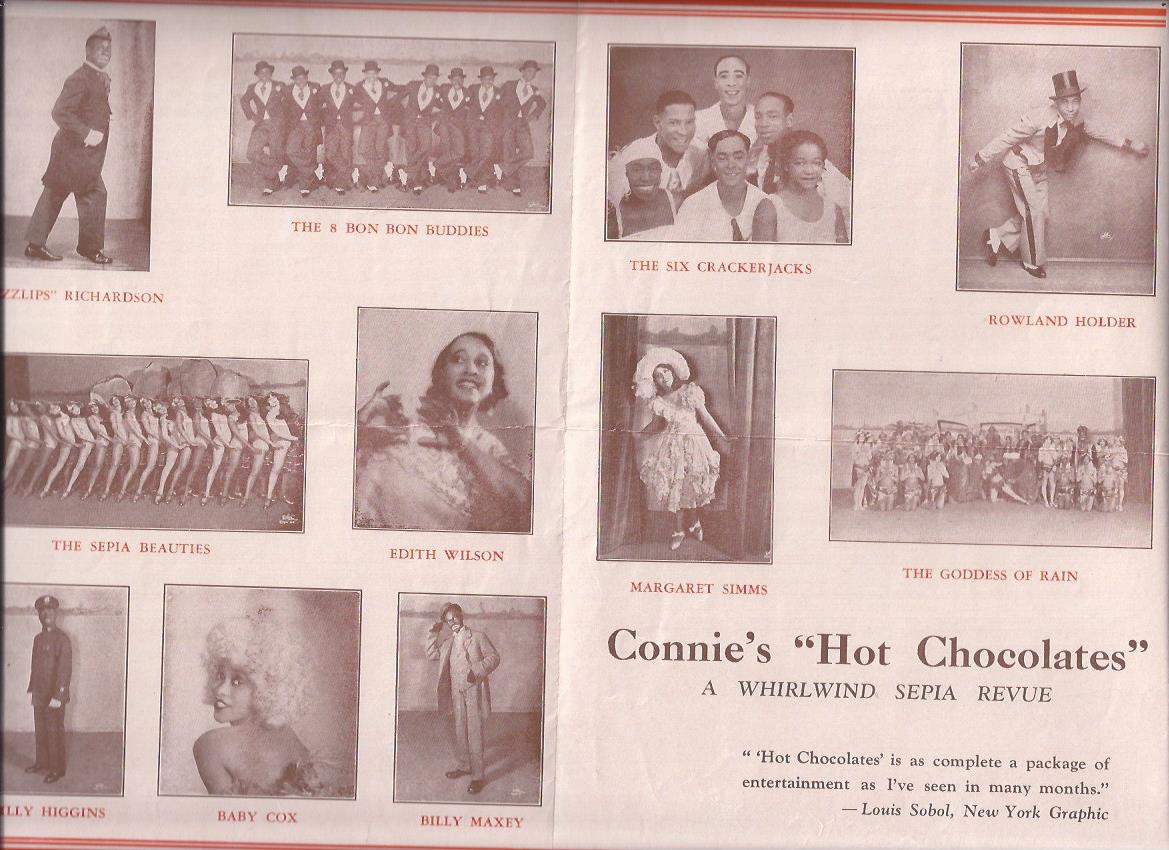 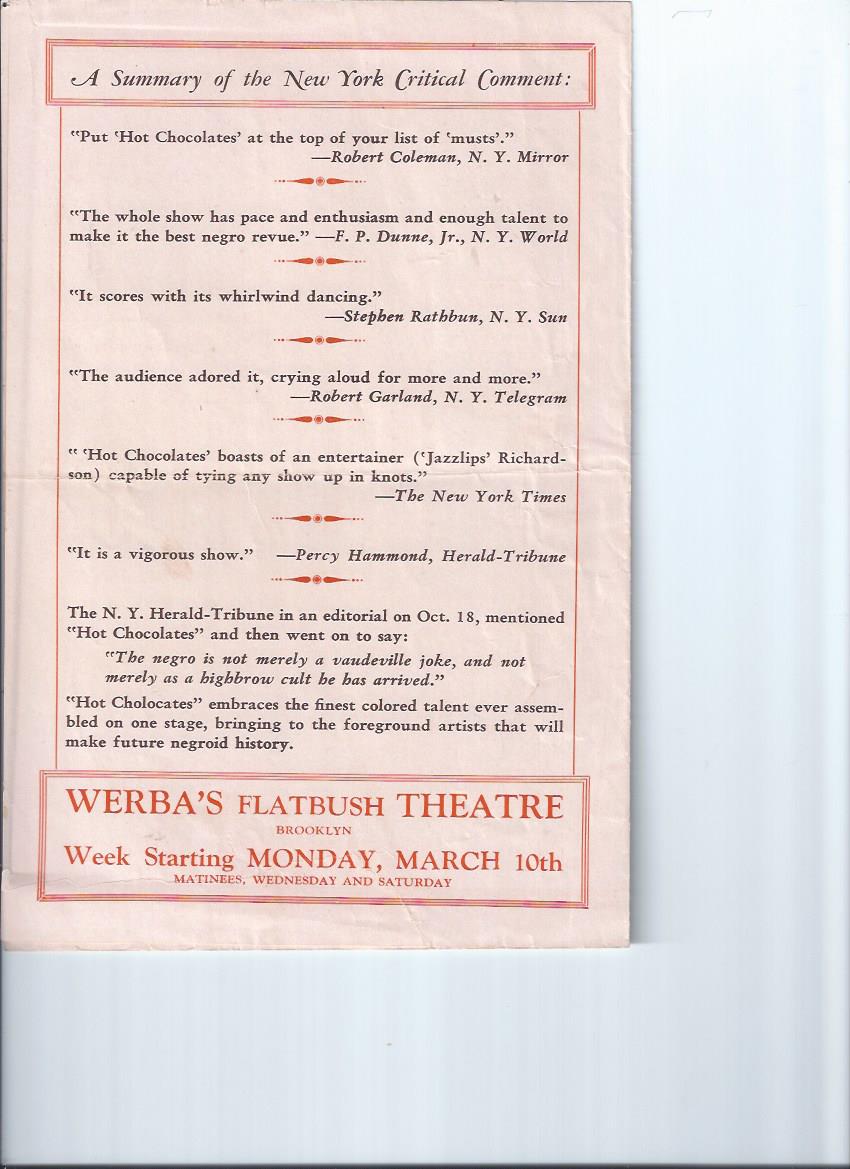 This is a single-fold handbill for the opening of the all-black musical revue, Connie's Hot Chocolates, at Werba's Flatbush Theatre. This handbill is not dated. Connie's Hot Chocolates had opened on Broadway on June 20,1929 and closed on December 14 of that same year. Because of blurbs on the verso of this handbill, I think this production would have been in 1930. Many of the original cast members are listed: Thomas "Fats" Waller, who wrote the original music for the show, including "Ain't Misbehavin'", Jazzlips Richardson, Edith Wilson, Baby Cox, Billy Maxwell, James Baskette, who played Uncle Remus in "Song of the South", Margarett Simms and several others. Cab Calloway is also listed on this handbill. The interior two-pages has photographs of a number of these African-American stars, including Richardson, Wilson, Simms, Cox and seven others. In some cases, these images may be among the few of a particular performer that still exist. Connie's Hot Chocolates was originally presented at a Harlem night club called Connie's Inn. It was so popular that it moved to Broadway where it ran for 219 performances with much acclaim for the all-black cast. "Ain't Misbehavin'" opened the show and became a jazz standard. Louis Armstrong was in the original cast. This copy has only very light wear and aging but does have an old, horizontal fold throught the center, possibly from the way these were distributed. This is a very nice bit of African-American and musical theatre ephemera.; Sepia-Toned Photographs; Small 4to 9" - 11" tall; 4 pages