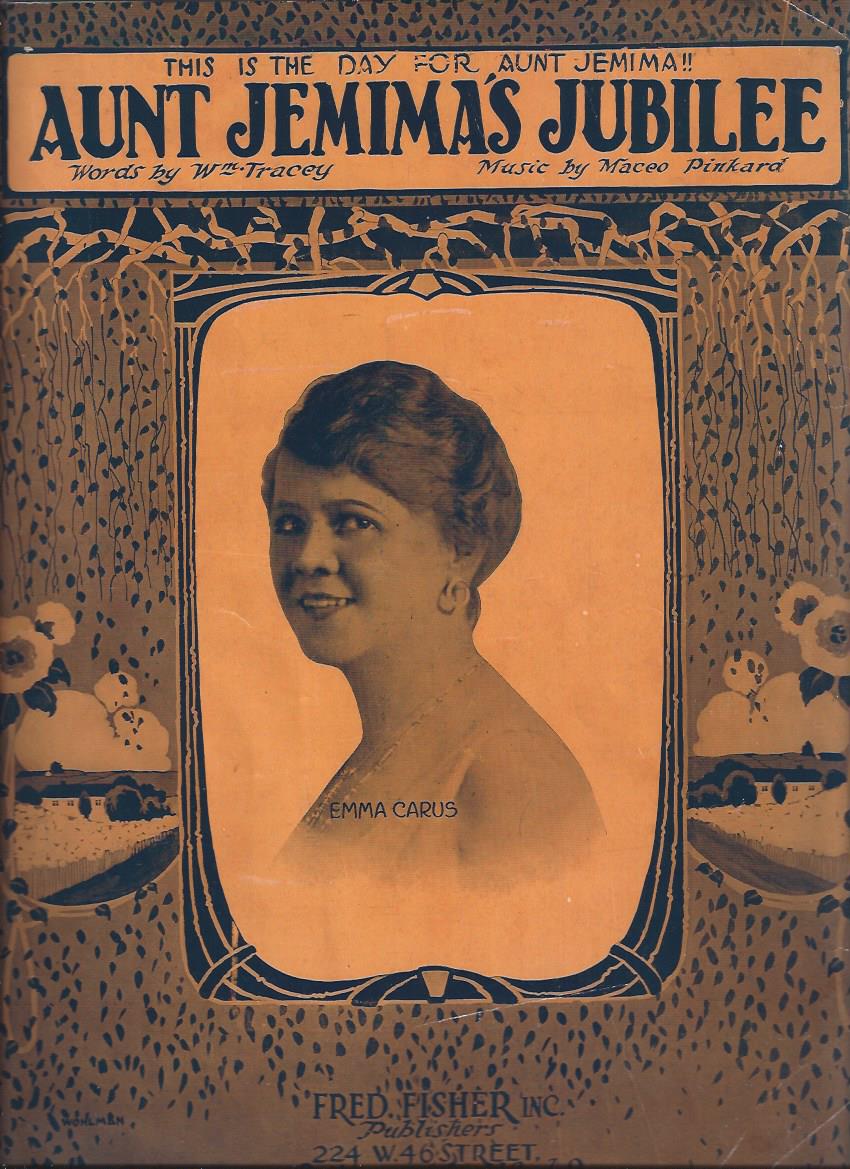 This sheet music features a cover photo of Vaudeville star, Emma Carus, who had popularized Alexander's Ragtime Band. Aunt Jemima's Jubilee was composed by Maceo Pinkard, one of the greatest African-American composers of the Harlem Renaissance. Pinkard's greatest hits were Sweet Georgia Brown and Them There Eyes. Lyricist William Tracey had worked with Pinkard on Sweet Georgia Brown and they were often collaborative. Carus, who has been compared to Sophie Tucker, often sang works by African-American songwriters as well as other African-American-related amterial. Interesting associations. This music has light wear and an old internal tape repair along the fold. SMAA; 4to 11" - 13" tall; 6 pages