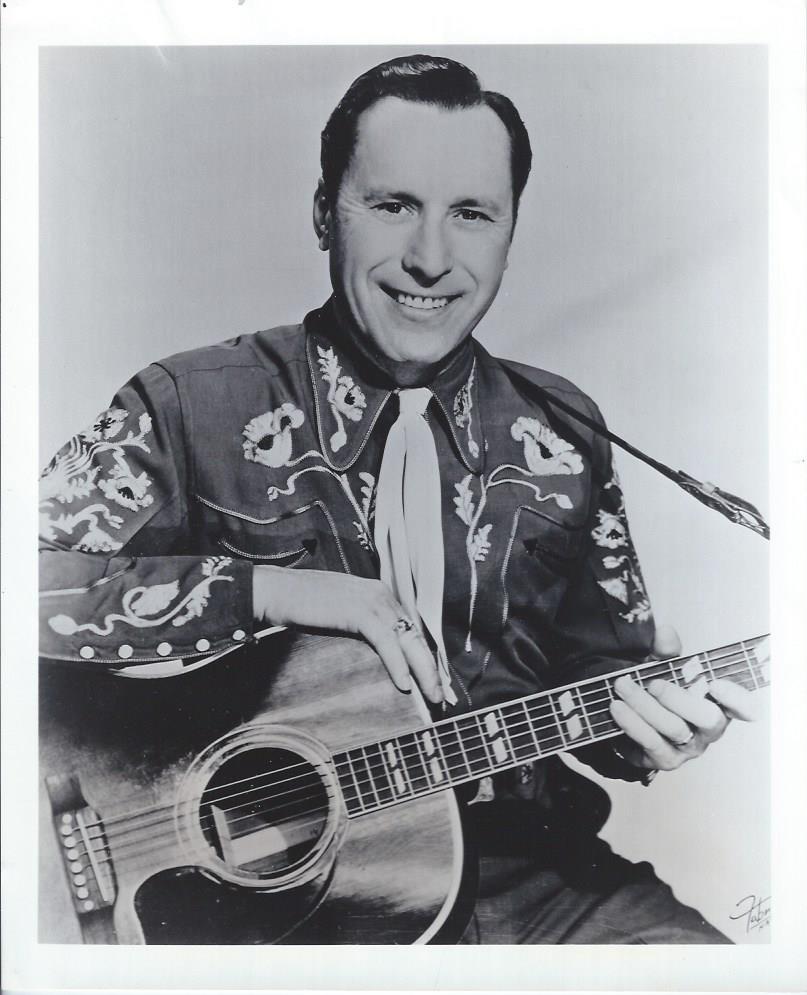 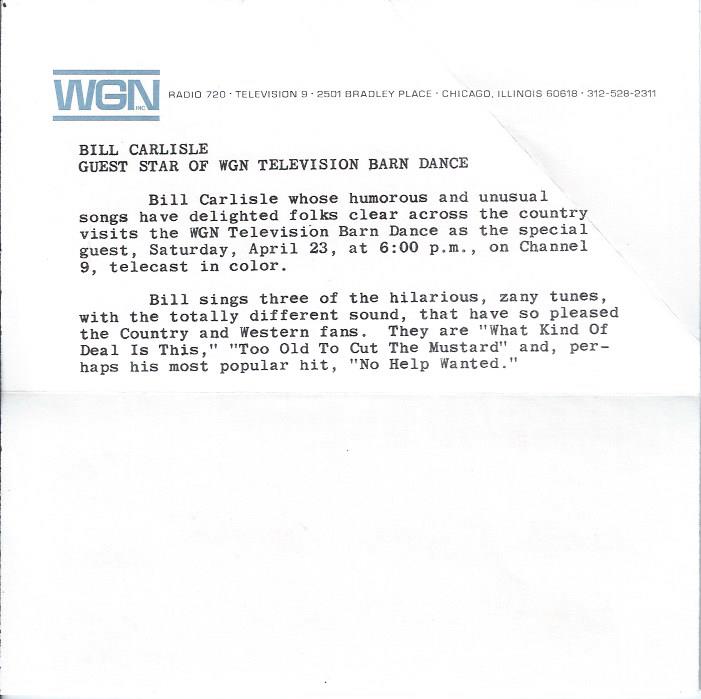 This is an 8X10 B&W publicity portrait photograph, probably from Mercury Records, of Jumpin Bill Carlisle with a guitar. The photo is in mint condition. "Jumpin" Bill Carlisle was from Kentucky. He and his brother, Cliff, started out as a duo singing old-time country music, occasionally with risque lyrics. Later on Bill, who was an exceptional guitarist, went solo and became famous for novelty songs and comedy. His nickname came from his leaps into the air while singing. Carlisle was a member of the Grand Old Opry and was elected to the Country Music Hall of Fame. ; B&W Photographs; 8vo 8" - 9" tall; 1 pages