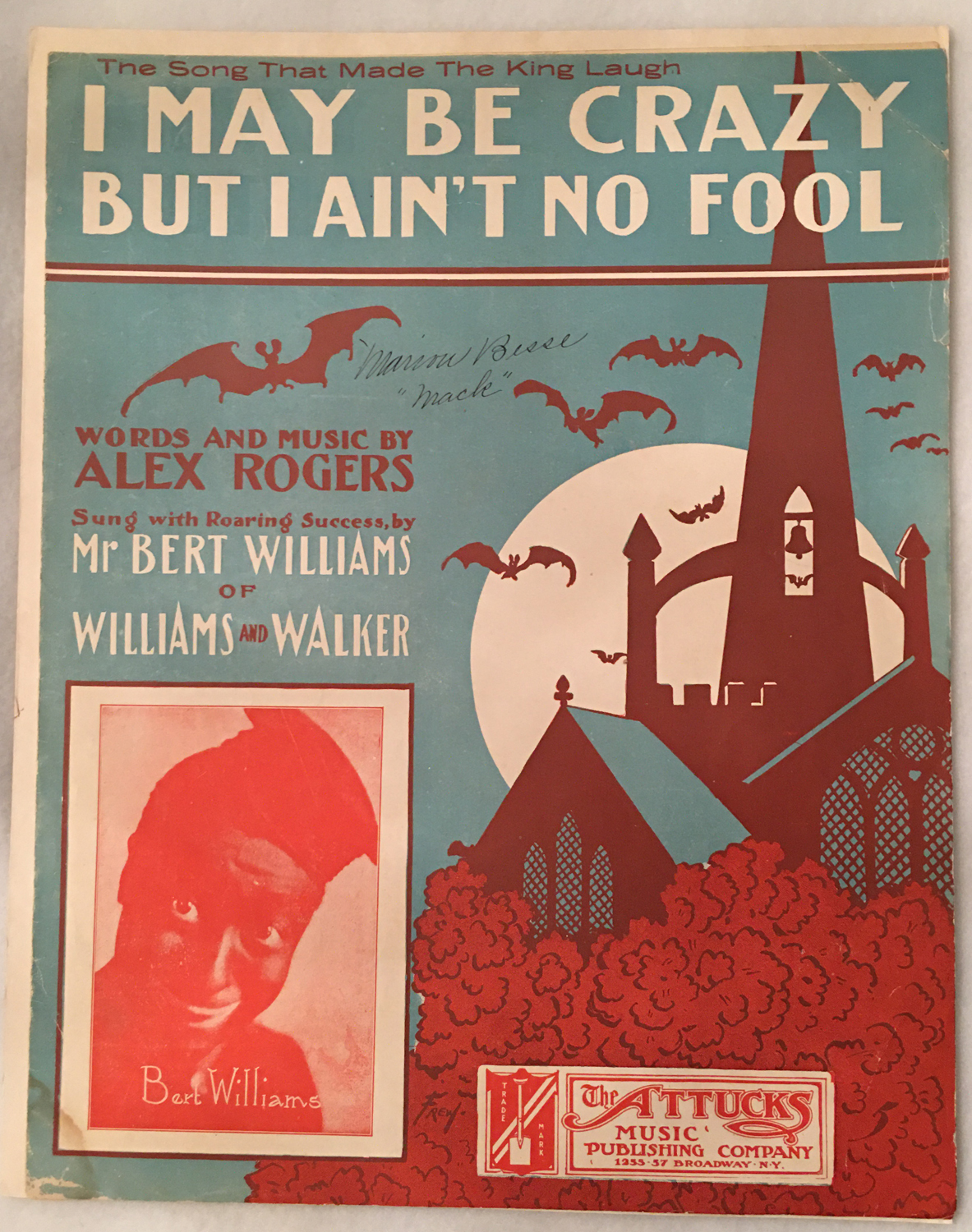 I May Be Crazy But I Ain't No Fool

This is over-sized (4to) sheet music featuring and image of a church against the moon with bats overhead. Inserted is a photograph of the great, African-American star, Bert Williams in blackface. There is some minor edge, corner and surface wear, including some short creases and light scuffs at some extremities. A former owner's name is written near the top among the bats. Overall, this music is VG, maybe slightly better. This is one of Bert William's well-known performance songs, but it also has a wonderful group of associations. Bert Williams is featured in a photo and his duo, Williams and Walker (George Walker) is also listed. The songs is credited to Alex Rogers who was a major African-American composer and lyricist who had collaborated with Bert Williams on Williams' most famous song, "Nobody." Finally, this sheet music was published by The Attucks Music Publishing Company, one of the earliest African-American music publishing houses. (Attucks was named for Revolutionary War hero Crispus Attucks.) After

Title: I May Be Crazy But I Ain't No Fool

I May Be Crazy But I Ain't No Fool