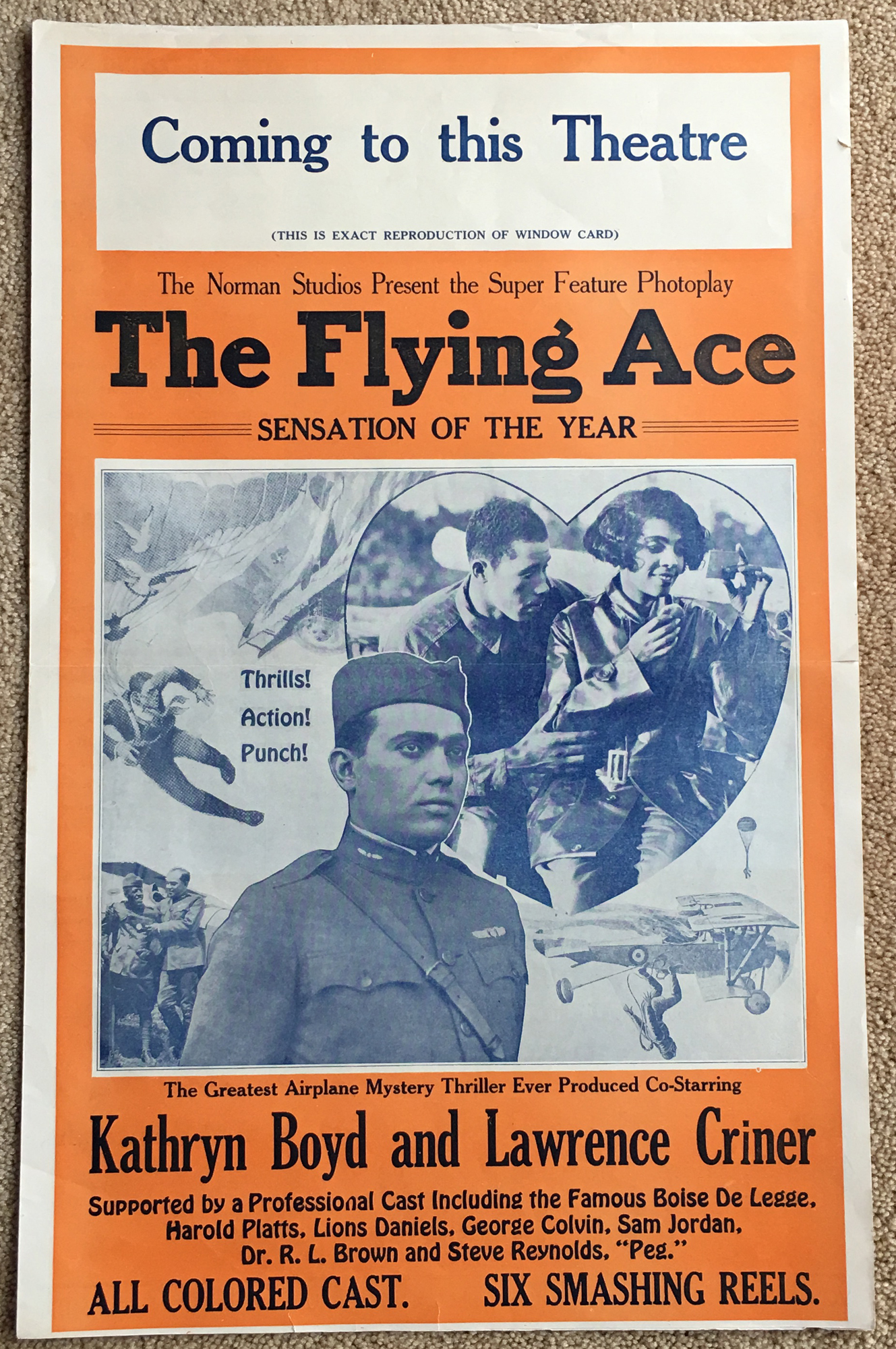 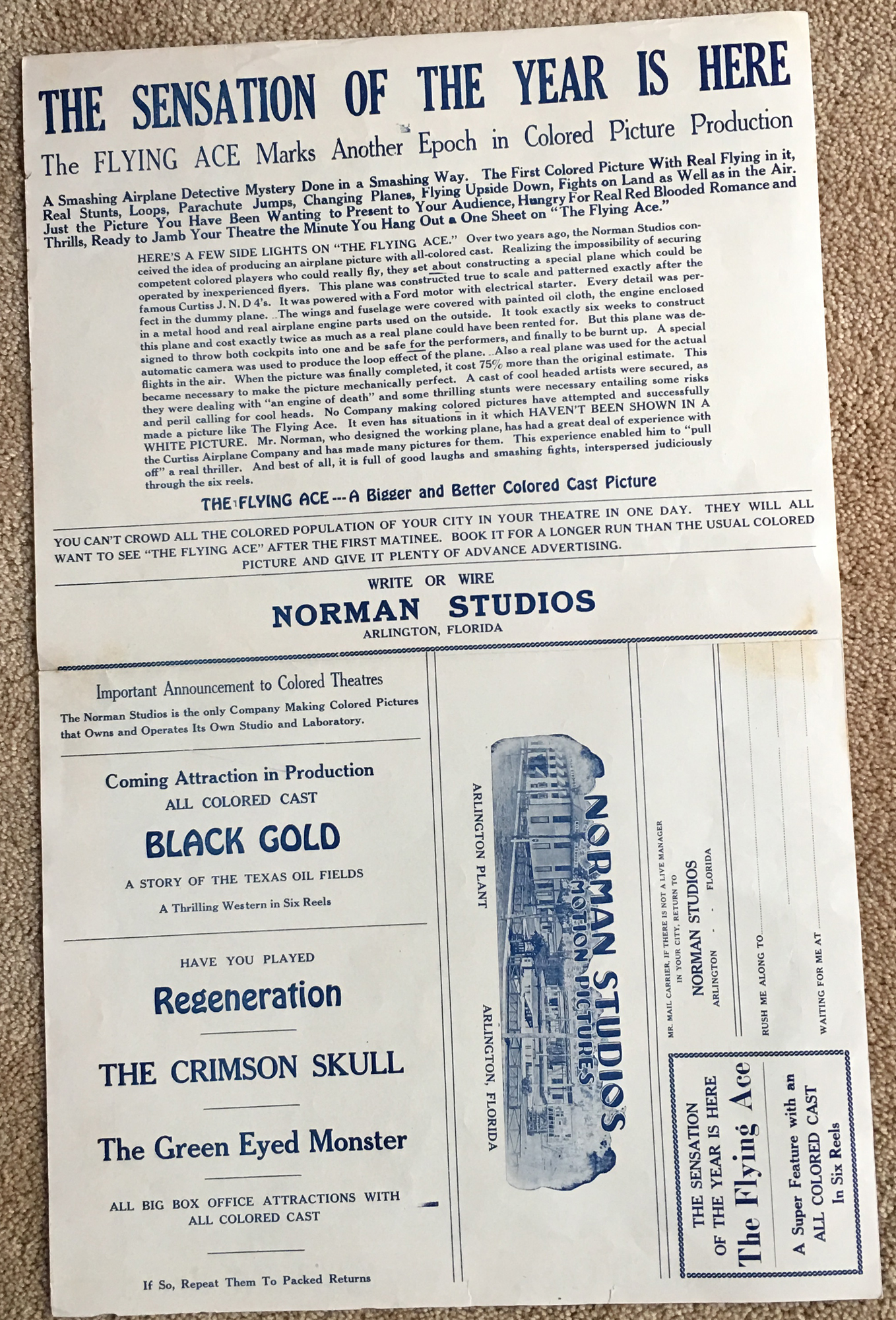 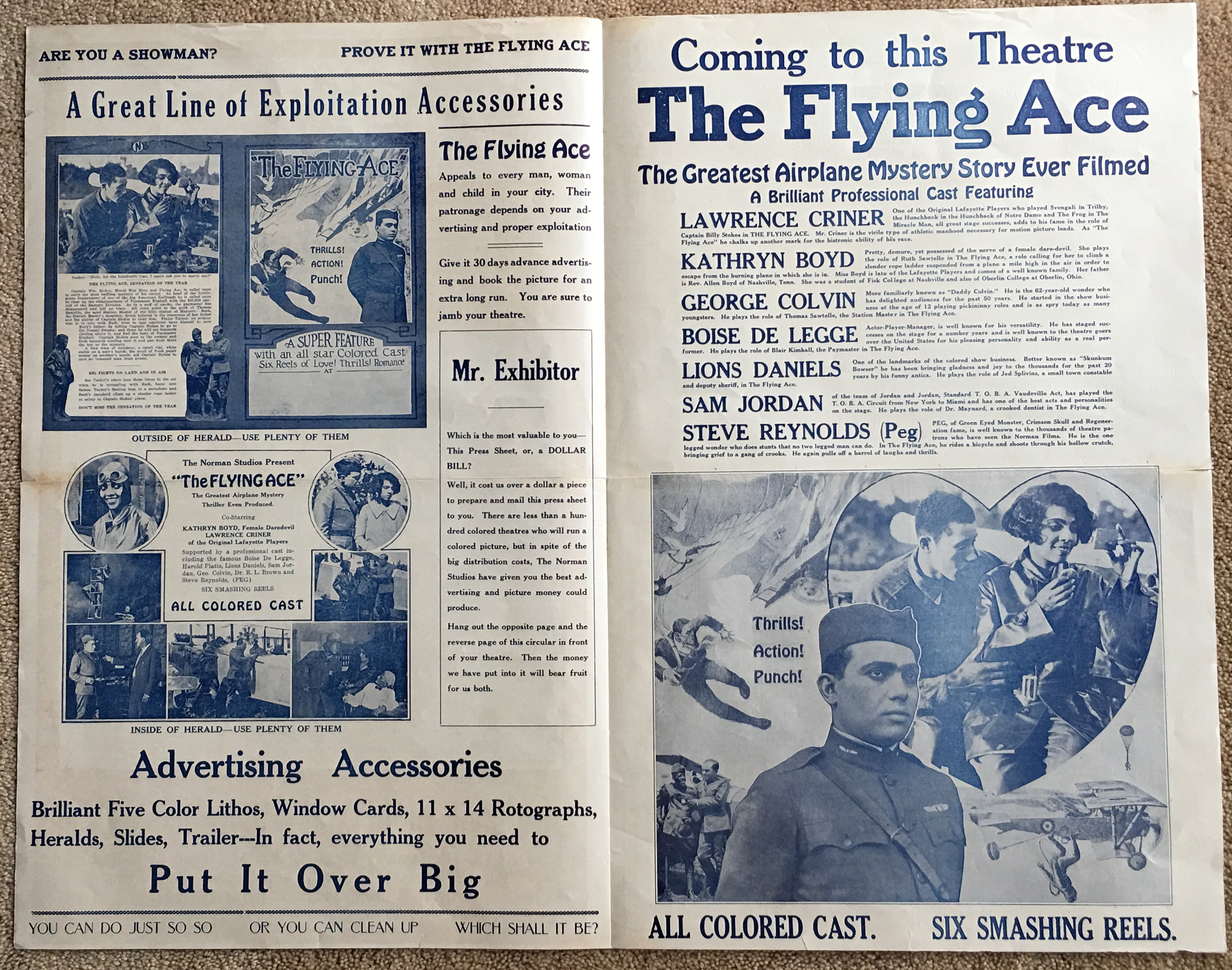 This is a Norman Film Studios Press Kit for the all-black-cast silent movie, The Flying Ace, released in 1926. Norman Studios, located in Jacksonville, Florida, produced silent movies with all black casts from 1920-1928. The Flying Ace was a major production for Norman Studios that featured a full-scale replica of a biplane and included carefully constructed shots of the plane supposedly flying upside down, though no planes ever left the ground. The Flying Ace is the only Norman Studios production that still exists in its entirety. This press kit features full-size examples of two window cards along with assorted other publicity items such as stills, ads, and posters. The kit tells theater owners that the front window card sample and the third page poster can be used as publicity displays. There is also much discussion and hype for the movie. Little is known about most of the actors, though the lead, Laurence Criner was in the well-known stage company,The Lafayette Players. He was in many black-cast films thr