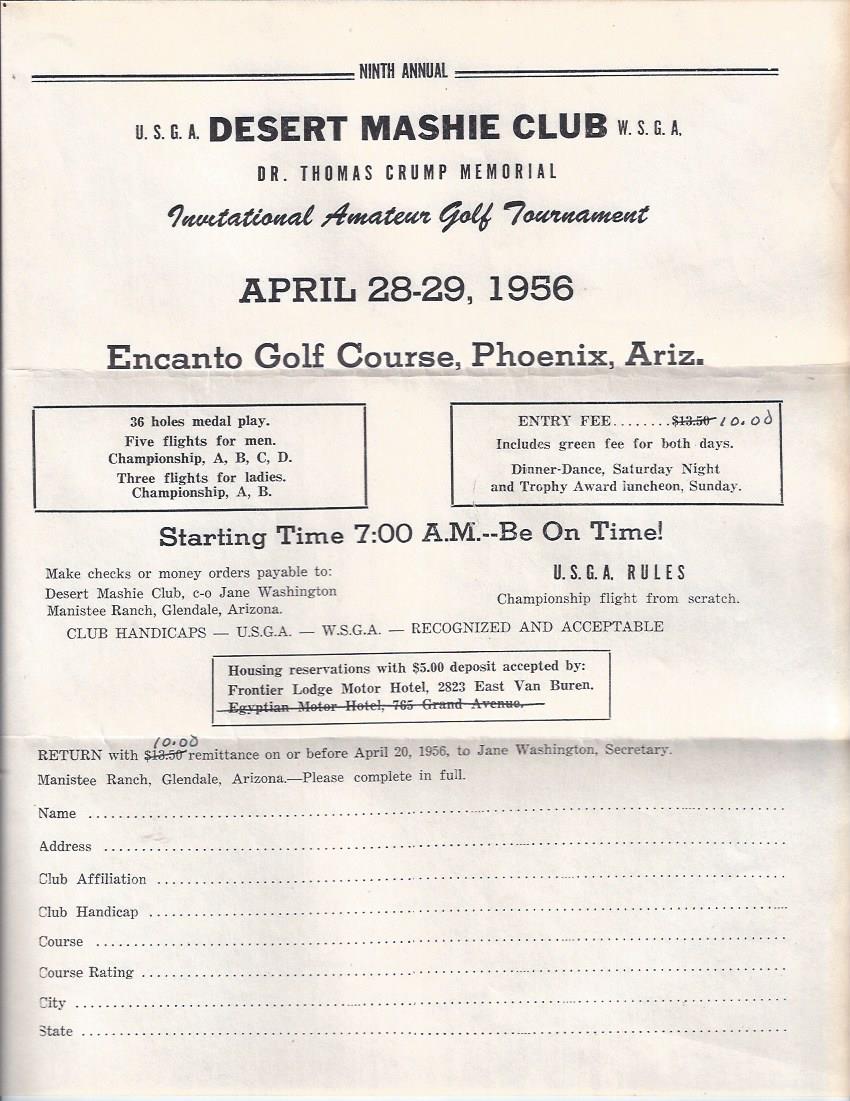 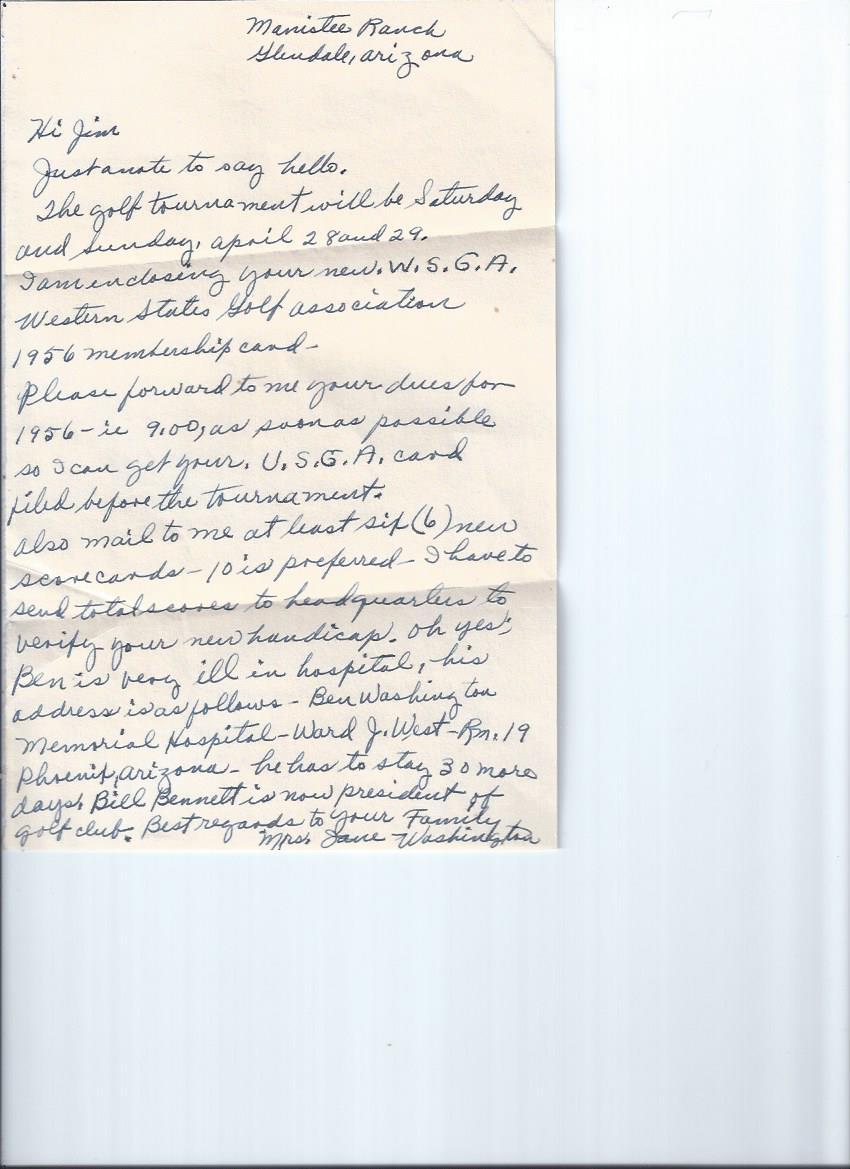 By: (Jim Mitchell, The Black Panther)

This lot consists of the Invitation Form for the 1956 Desert Mashie Club Invitational Golf Tournament, a handwritten invitation to Jim Marshall, the Black Panther, and the envelope addressed to Marshall.The Desert Mashie Club was formed in 1946 by four African-American businessmen who had trouble finding places to play golf because of segregation. One public course in the Phoenix area allowed blacks to play. From this start the Desert Mashie Club became a premier event for black amateur golfers and still exists today as one of the oldest golf organizations in Arizona. I believe this club was featured several years ago on 60 Minutes. Along with the 8.5X11 printed form is a handwritten letter from the Club with a personal invitation to black professional wrestler, Jim Mitchell, who was known as The Black Panther. Before the 1960's organization, before the 2018 movie, Jim Mitchell was the Black Panther. Born in Louisville, Kentucky, Mitchell became a professional wrestler in the late 1930's. He was the first Afr