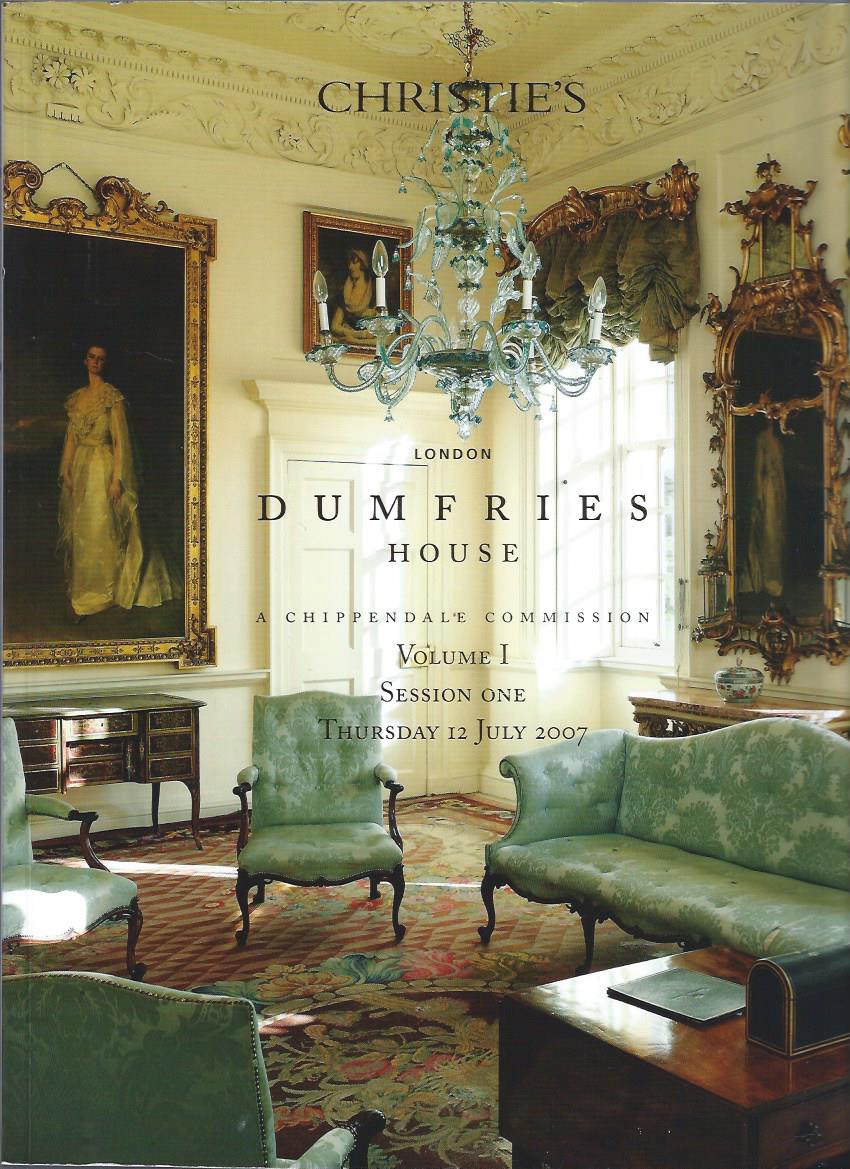 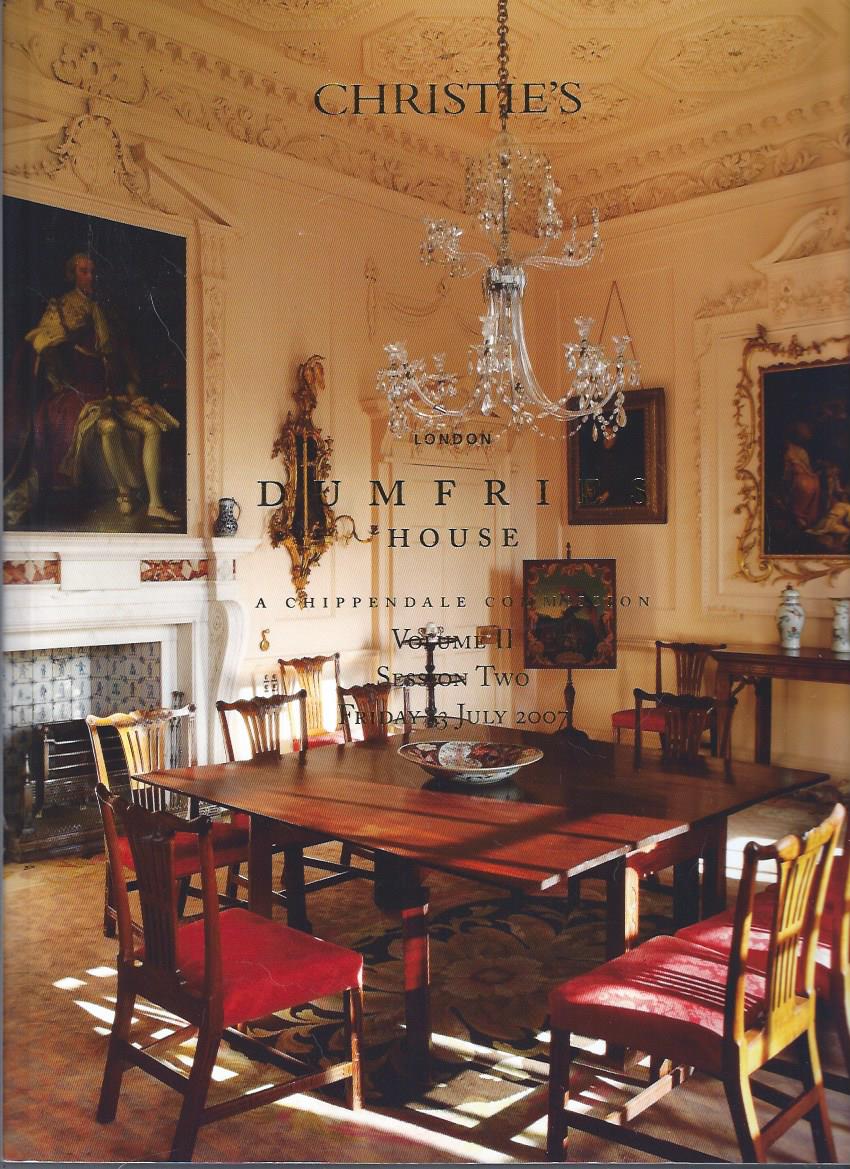 This two-volume set is in very close to fine condition; both volumes have very minor wear at the corners with Volume I having a small indention crease on the lower right corner. Volume I also has a very light, vertical, reading crease on the spine. Volume II probably deserves to be graded Fine with Volume I being Near Fine. This is a beautiful set. These two lavish and imposing volumes constitute the Christie's Catalogue for an auction that never was. The Scottish Dumfries House in Ayrshire was set to be auctioned in July of 2007. It was one of the grand houses of Scotland and was filled with fine furnishings and decorations including one of the largest collections of furniture by Thomas Chippendale himself in the British Isles. At almost literally the last minute, Prince Charles intervened and formed a trust to secure the House as a national treasure that all citizens could visit and enjoy. The few catalogues that had been distributed were, for the most part either returned or destroyed, making the two volumes somewhat rare. WorldCat locates around 27 copies worldwide. Finding both catalogues in the condition of these two is quite unusual. ; Color and B&W Illustrations; 4to 11" - 13" tall; 368, 346 pages