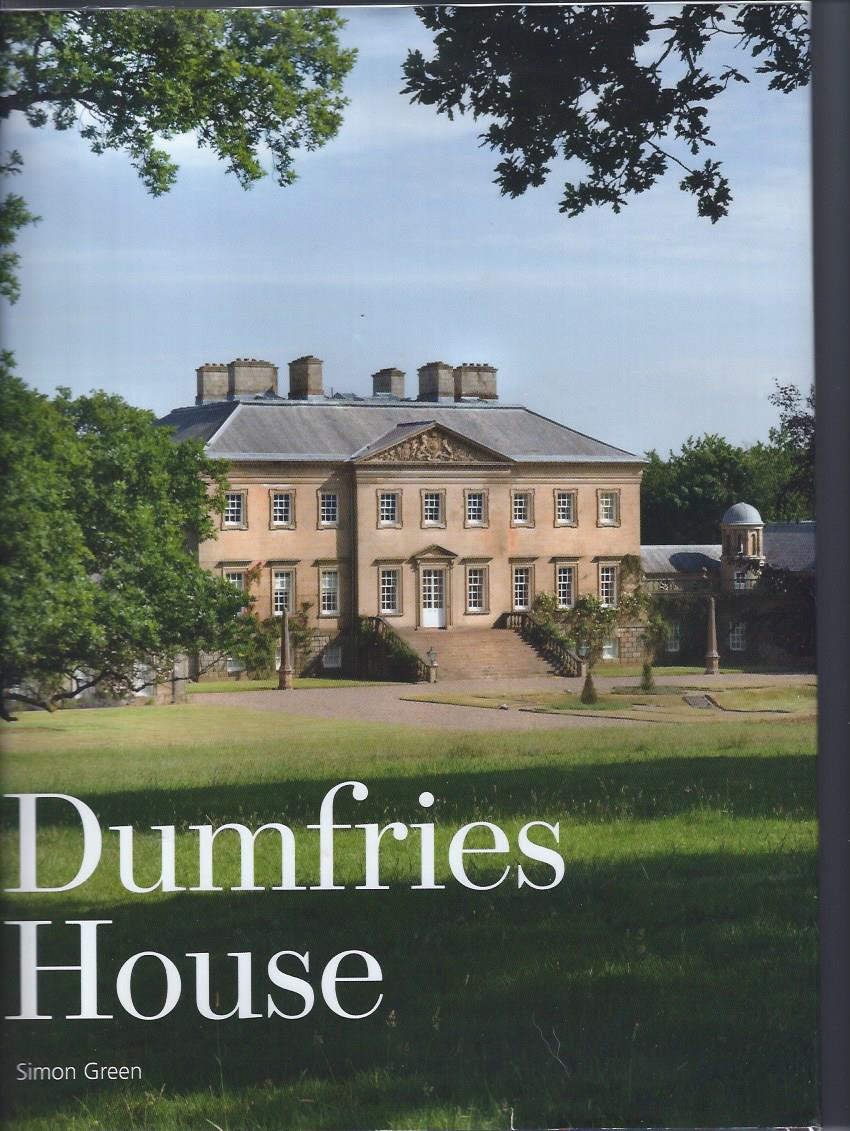 Book is as new and unread. Dust wrapper is similar but has two very small closed tears: one near top of spine and one on bottom edge. The jacket is about near fine. This quite interesting and entertaining book was written as both a history of and an architectural study of Dumfries House in East Ayrshire, southwest Scotland. The building of the House was conceived by William Crichton-Dalrymple after retiring to the estate. Brothers John, Robert and James Adams submitted plans for the home in 1754. After the house was built and furnished, it rather quickly became known as one of the grand estates in Great Britain. Subsequent owners added to the house and provided further furnishings so that it was an architectural masterpiece with an unparalleled interior with the finest collection of Chippendale furniture from the 18th century. Simon Green has been able to give a full accounting of the history of the house because of access to previously unsearched papers and documents from the Bute family who lived in the house into the 1990's. Today, thanks to Prince Charles and a Trust that he established, Dumfries House has been preserved as a treasure for future generations to see and be amazed. This important book, now out of print is somewhat scarce in the hardcover edition. This book is relatively scarce with WorldCat locating only thirty copies in libraries worldwide.; Color and B&W Illustrations; 4to 11" - 13" tall; 253 pages

Publisher: Edinburgh, Royal Commission on the Ancient and Historical Monuments of Scotland: 2014