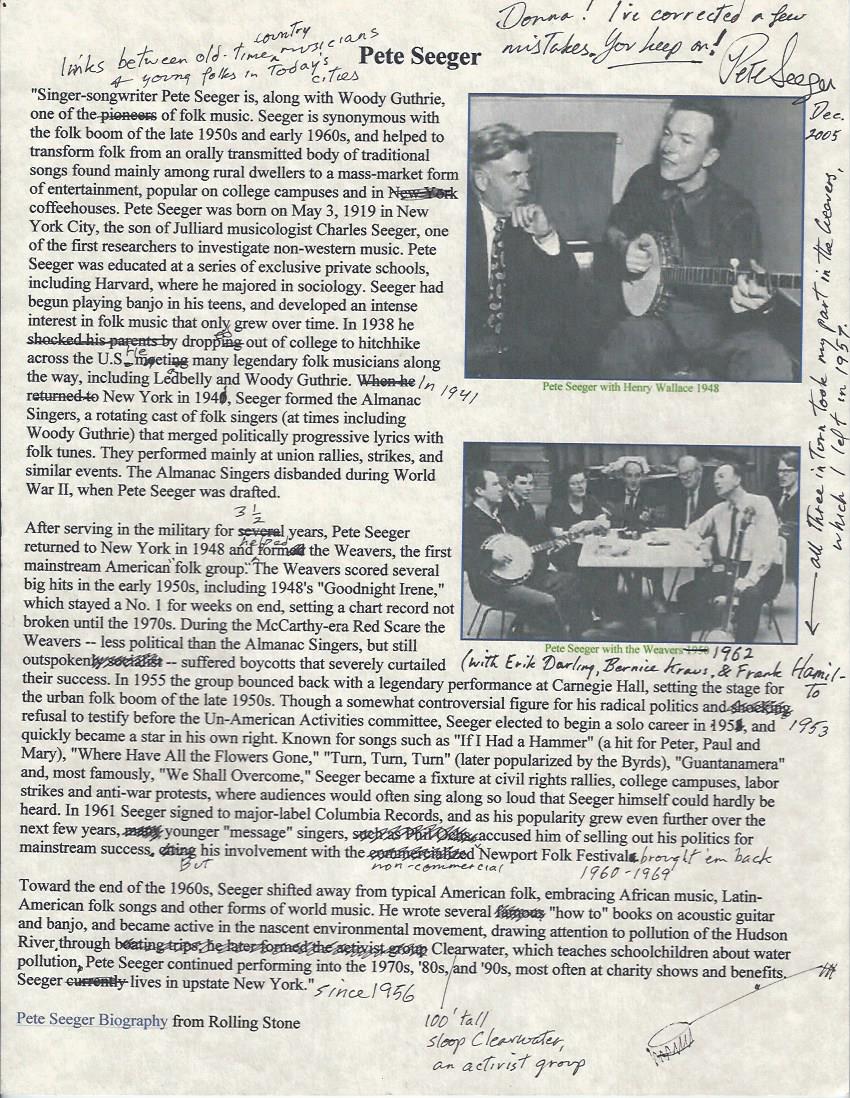 This is the proof sheet, with holographic corrections by Pete Seeger, of a biography of Seeger for Rolling Stone magazine. I have not been able to determine if this biography was ever used by Rolling Stone. Besides having Seeger's corrections, the document is also signed by Seeger with a word off encouragement for the writer, "Donna! I've corrected a few mistakes. You keep on! Pete Seege." The corrections also indicate something of Seeger's character. In the first sentence the writer refers to Woody Guthrie as "one of the pioneers of folk music." Seeger marks out "pioneers" and makes the correction that Guthrie was "one of the links between old-time country musicians & young folks in today's cities." This correction puts Guthrie and Seeger more precisely into the roles they played in the burgeoning folk movement of the 1950's and 60's. In the second section, while talking about the Weavers, the writer says that that group was less political than the Almanac Singers, "but still outspokenly socialist." Seeger has marked out the "ly" on outspoken and the word "socialist," leaving the group only "outspoken." This omission seems important in evaluating Seeger's political views. This is a very interesting and significant document on Seeger. It has only very light wear.Near Fine. ; B&W Photographs; Small 4to 9" - 11" tall; 1 pages