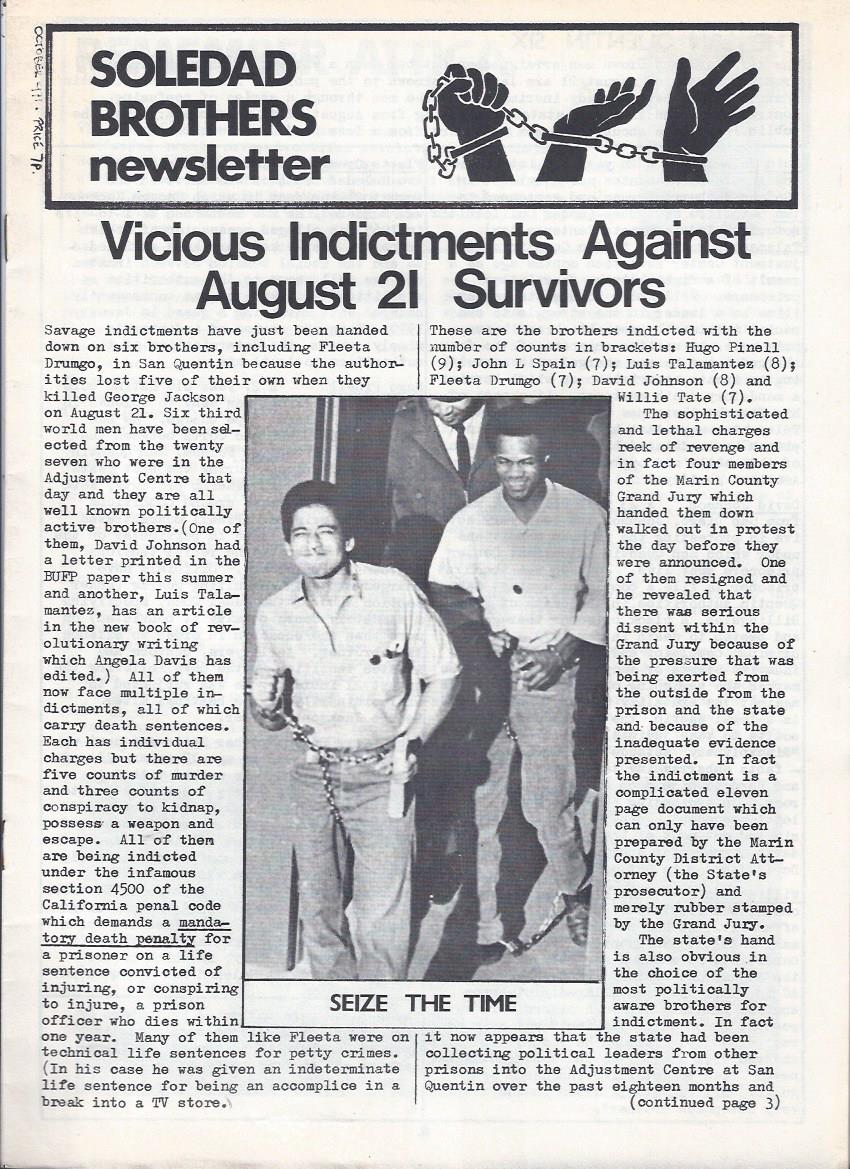 By: (Friends Of Soledad)

Stapled, light tan self-wraps with black titles. This copy has almost no wear and is said to have come from a discovered group of this British version of a newsletter originally published in California chronicling the story of George Jackson and the other prisoners known as the Soledad Brothers. By the time this newsletter was published (October, 1971) George Jackson had been killed in a prison riot and the other Soledad Brothers had been indicted for capital crimes in connection with the riots and the killing of a guard.. Interesting articles on the Soledad Borthers and on other activists like Angela Davis. WorldCat does not list any copies of this particular issue of the Soledad Brothers Newsletter.; B&W Illustrations; 4to 11" - 13" tall; 12 pages