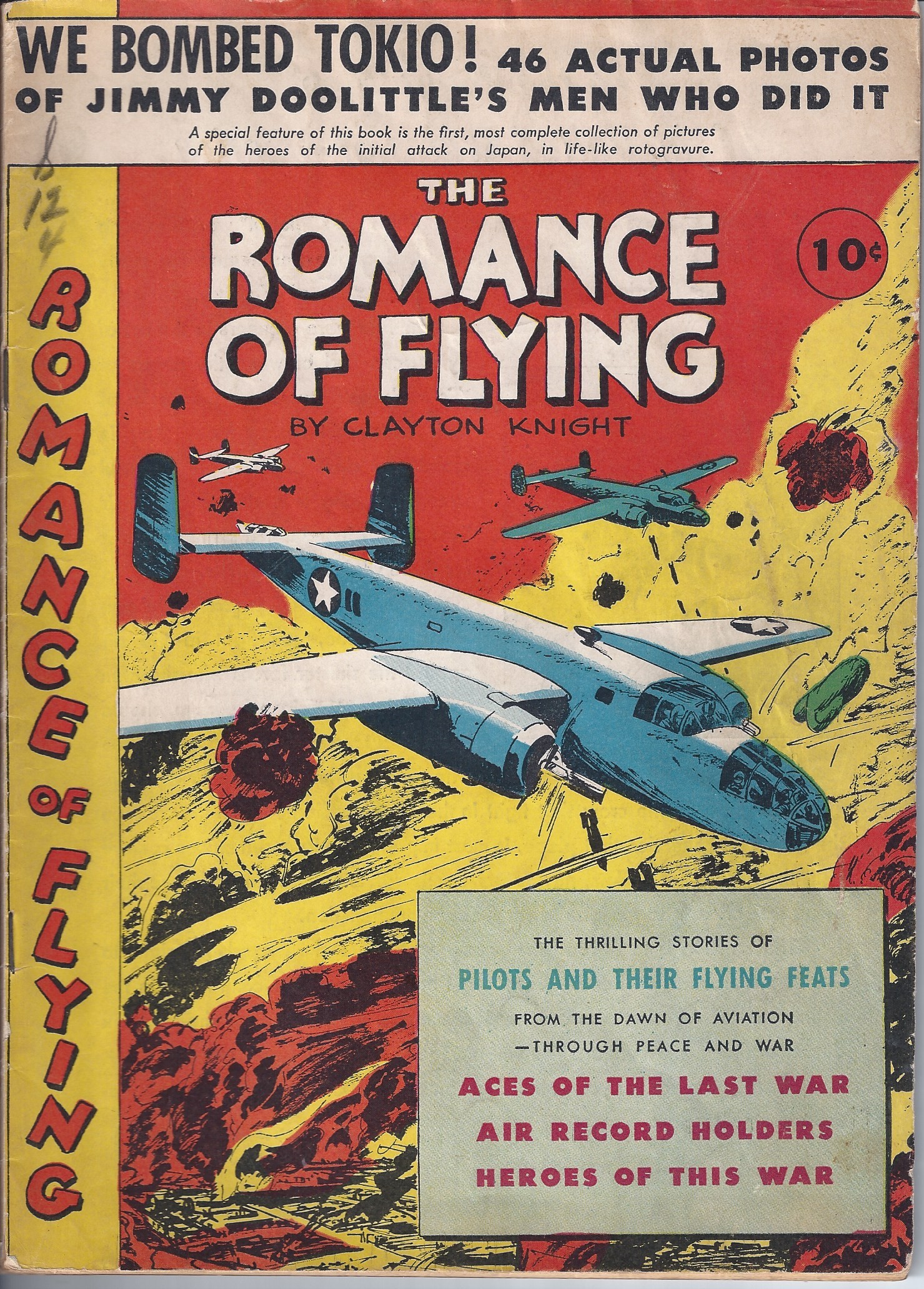 The Romance of Flying

This stapled, colorful, comic book-styled magazine offers a history of flying (mainly in the US and Great Britain) starting with the Wright Brothers and going through the Dolittle raid in WWII. Each two-page spread features a story from the history of aviation along with a full color illustration by Wright. A special section has photographs of all of the Dolittle Raiders. This book would probably be considered a comic because that is how well-known illustrator Knight presents it, but there is enough text to make it an interesting and informative source. This copy has generally light edge and corner wear along with expected aging. Three numbers are written i pencil near the front top left corner. They probably can be removed by a conservator. Clayton Knight was an artist who served in the English Air Force at the start of WWI. His plane was shot down and he wound up a prisoner-of-war. In WWII he helped recruit Americans for the RAF through his Clayton Knight Committee. He later became an illustrator for the US Military. This particular book by Knight is quite uncommon. I find no copies in the trade and WorldCat locate none in libraries. It is unpaginated but probably has between 80 and 100 pages. ; Color Graphic Drawings; Small 4to 9" - 11" tall; Unpaginated pages

Title: The Romance of Flying

The Romance of Flying