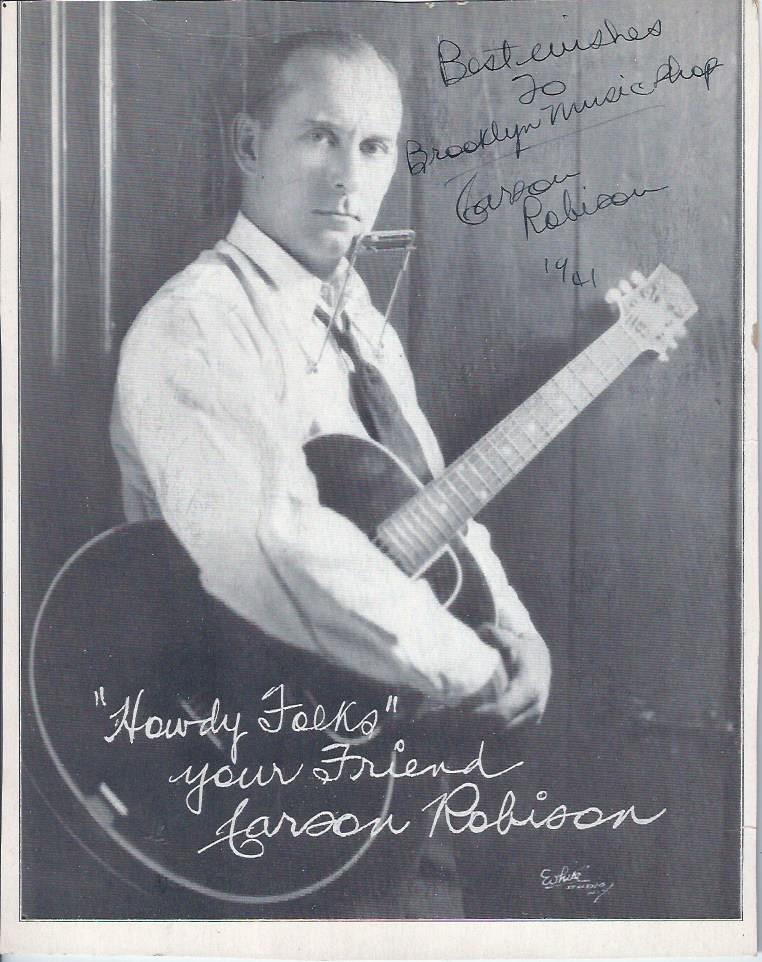 This is a nice, 7.5 X 9.5, publicity photograph of Carson Robison. There is a printed signature in white at the bottom and a real signature, inscribed "To Brooklyn Music Shop" in the top right. The photo is in the VG to VG+ range with some small edge creases and other wear along the edges. This is still a strong and attractive image. Please see scan. Carson Robison was one of the true pioneers of commercial Country and Western music. He was both a songwriter and performer, often singing with Vernon Dalhart. In fact he was Dalhart's accompanist on the landmark recording, "The Wreck of the Old '97." Robison also took country music to Great Britain where he toured to great success and had several hits. In the 1940's and 1950's he appeared on the Grand Ole Opry. His biggest hit was "Life Gets Tee-jus Don't It." ; B&W Photograph; Large 8vo 9" - 10" tall; 1 pages