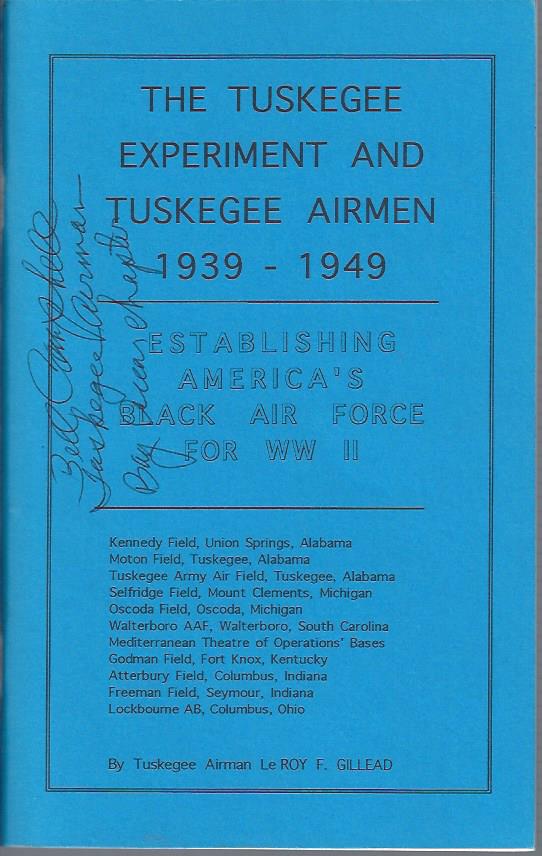 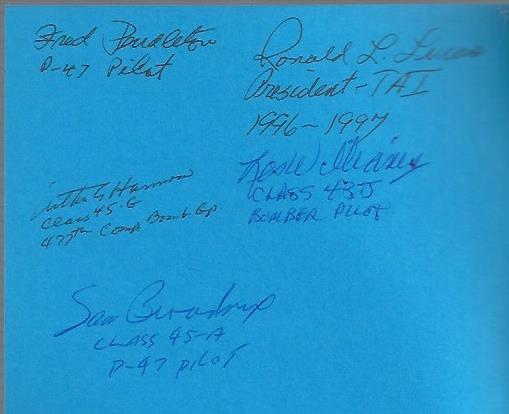 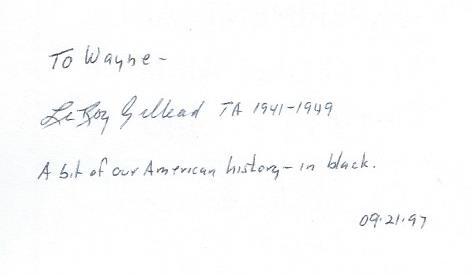 Stapled, blue wraps with black titles. Book appears as new. It is signed by the author, a Tuskegee Airman on the back of the title page, It is also signed on the cover by Bill Campbell, who flew in WWII, Korea and Vietnam, and on the inside front cover by five more Airmen: Fred Pendleton, Ronald L. Lucas, Sam Broadnax, Arthur Harmon and Les Williams. I think all of these men are now dead. ; 8vo 8" - 9" tall; 33 pages; Signed by Collection of Signatures