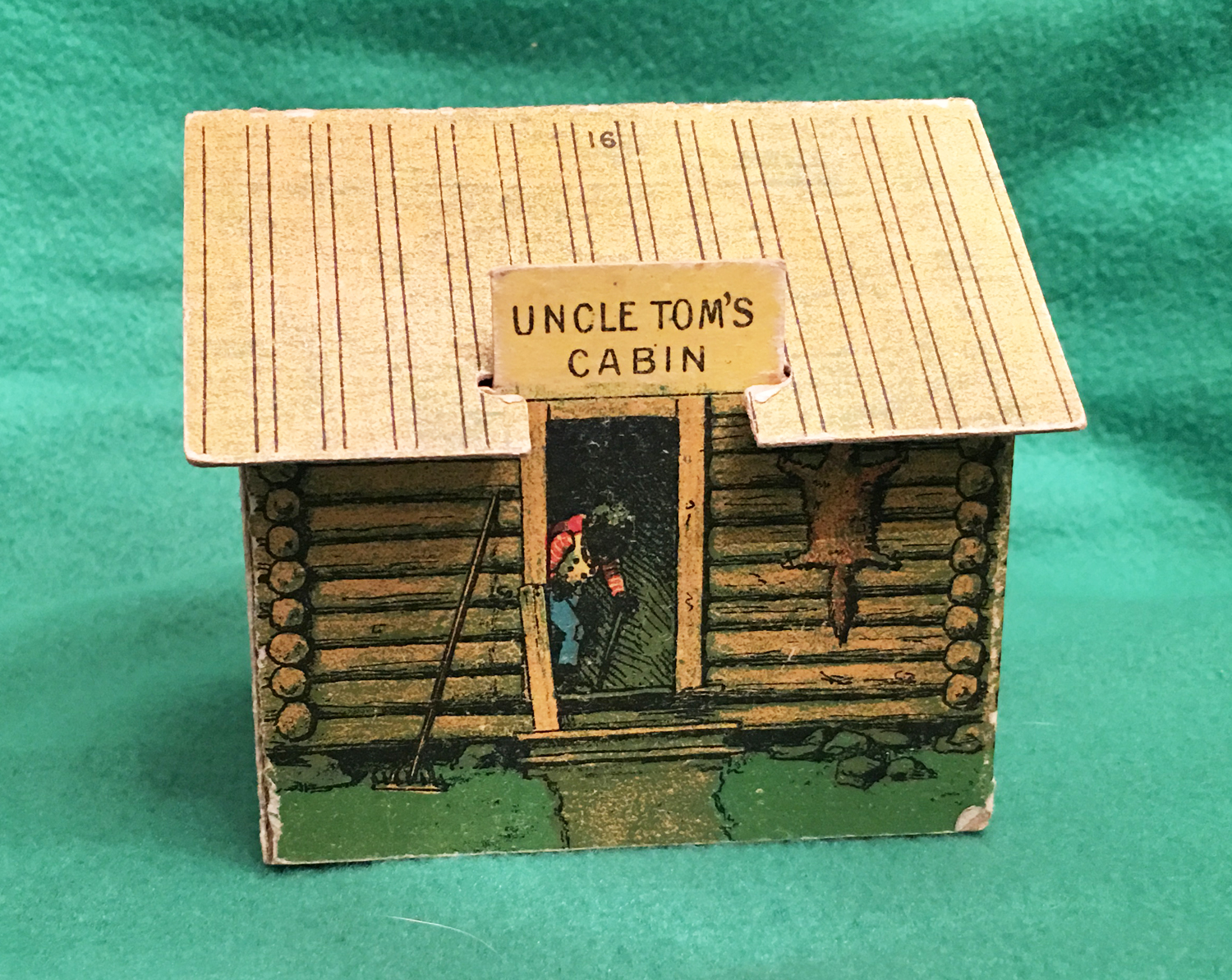 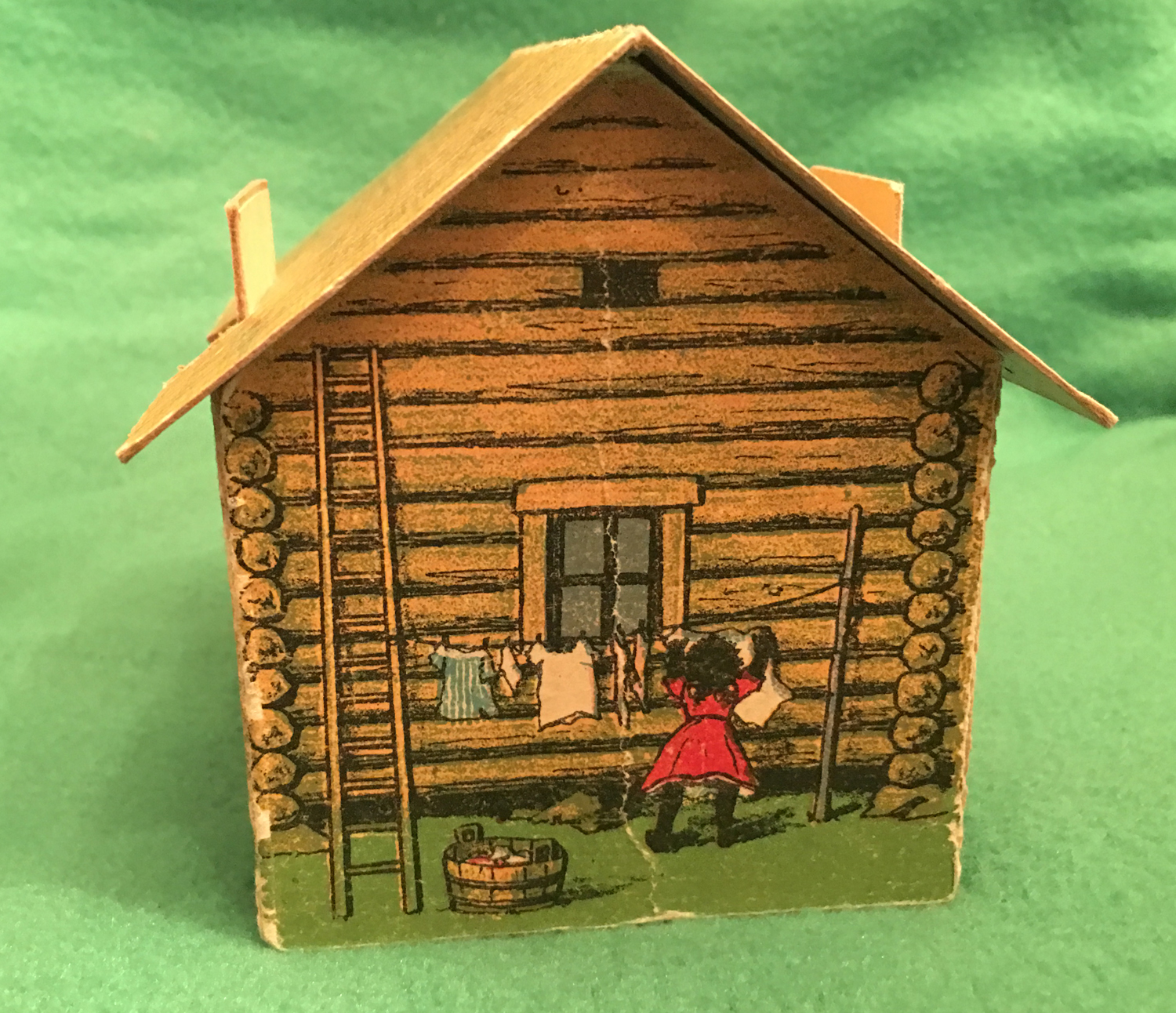 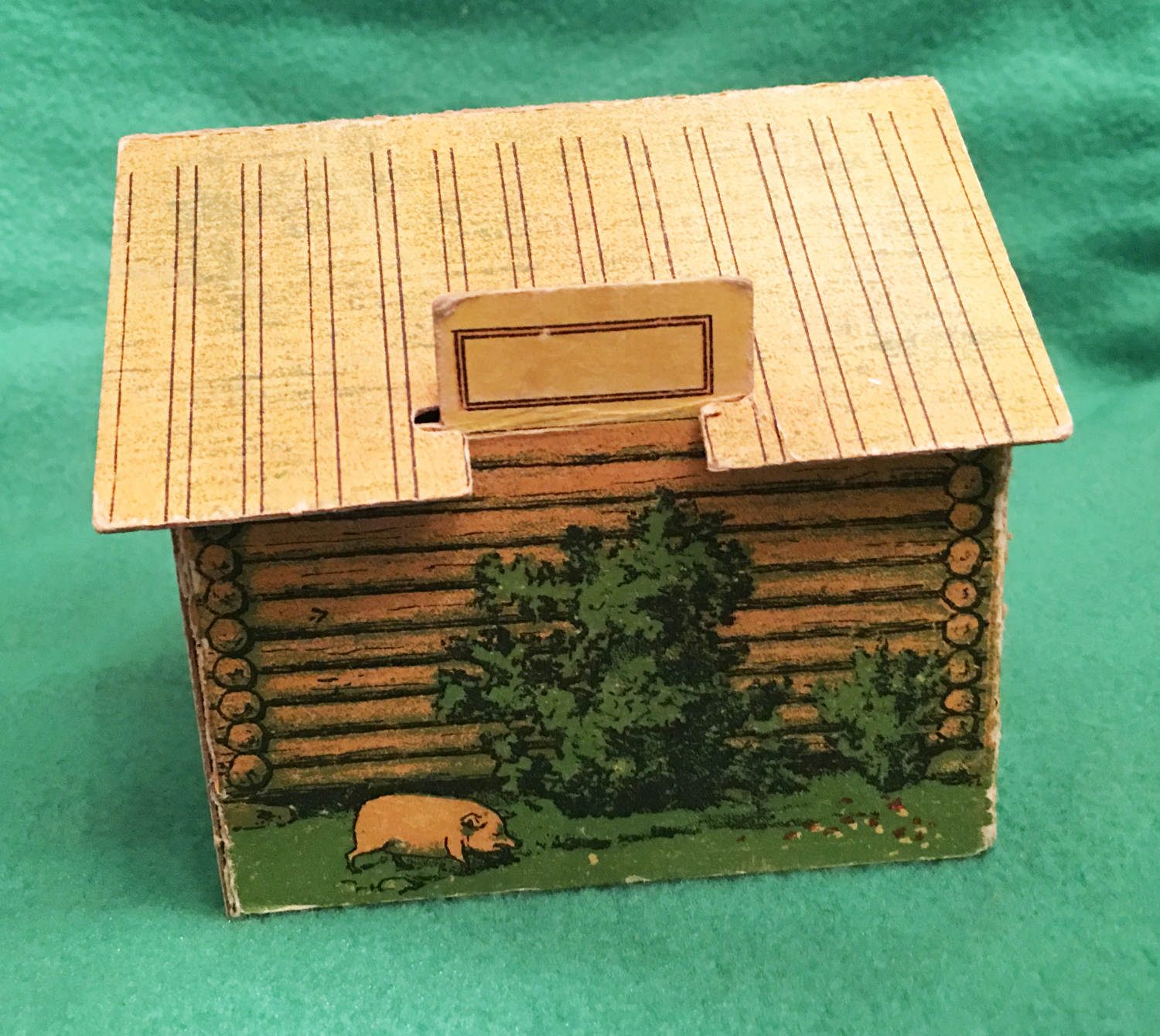 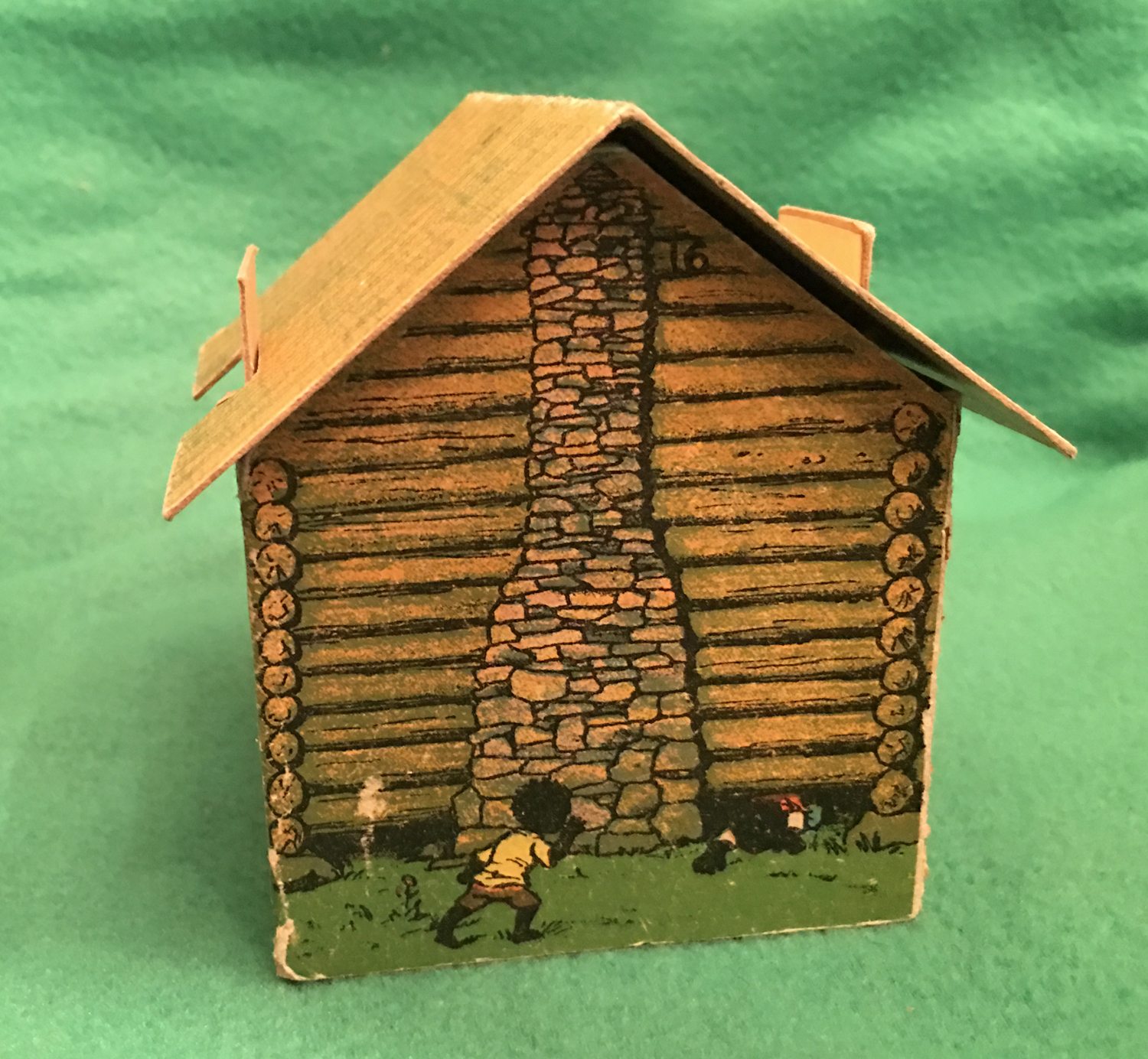 Sometime around 1905 the Milton Bradley Company of Springfield, Massachusetts, published a toy village consisting essentially of a paper 2'x2' BASEMAT and a set of cardboard buildings and figures to set up on it. Over the next decade, t, it was republished under several different titles, and with some changes in its design, but every version included an Uncle Tom's Cabin among the cardboard buildings children could play with. Some of the sets had labels on the mat to show where each building went, but on the sets with no such labels, it was obvious that the space for Uncle Tom's Cabin was away from the much larger houses where white families lived. Did this toy reinforce racial discrimination in the early 20th century. This cabin was so segregated at it now stands alone. Excellent condition, minor wear on one edge, crease through one section. Each side has pictures of animals and children. One of the edges where the cabin was connected has been reglued. The cabin is about 4 by 3 inches, and 3.75 inches to the roof. It comes from A Cinema Apart, or the Beverly and Larry Richards Collection, was amassed by Larry Richards over a number of many years. A respected historian and a librarian at the Philadelphia Free Library, and author of the bookAfrican American Films Through 1959: A Comprehensive, Illustrated Filmography, Mr. Richards was deeply passionate andknowledgeable about African-American culture and history. In 2008, Mr. Richards tragically and suddenly died quite young, leaving behind his collection of hundreds of motion picture posters featuring African-American stars and addressing African-American issues, as well as rare broadsides, window cards, and ephemera.; 32mo 4" - 5" tall