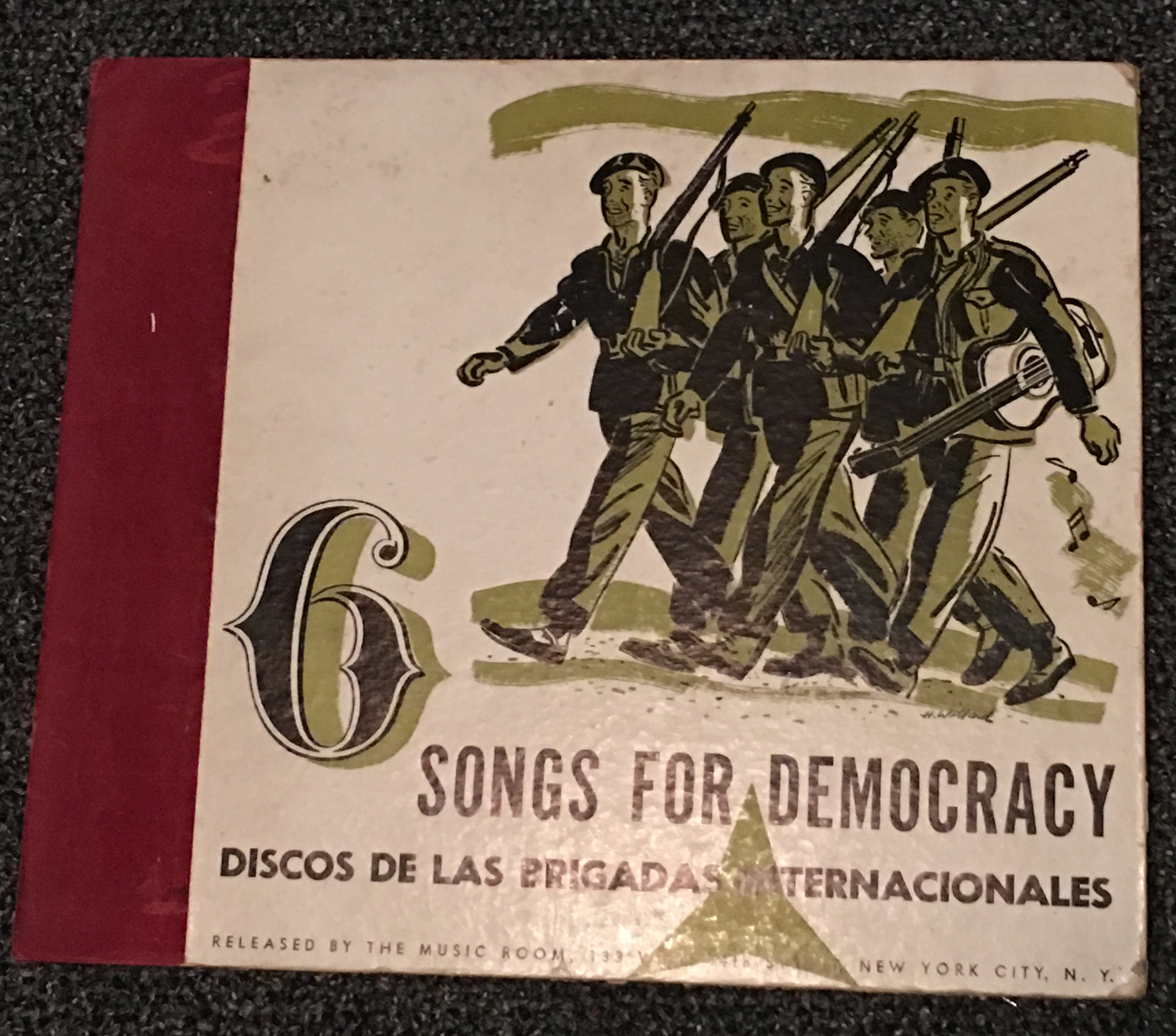 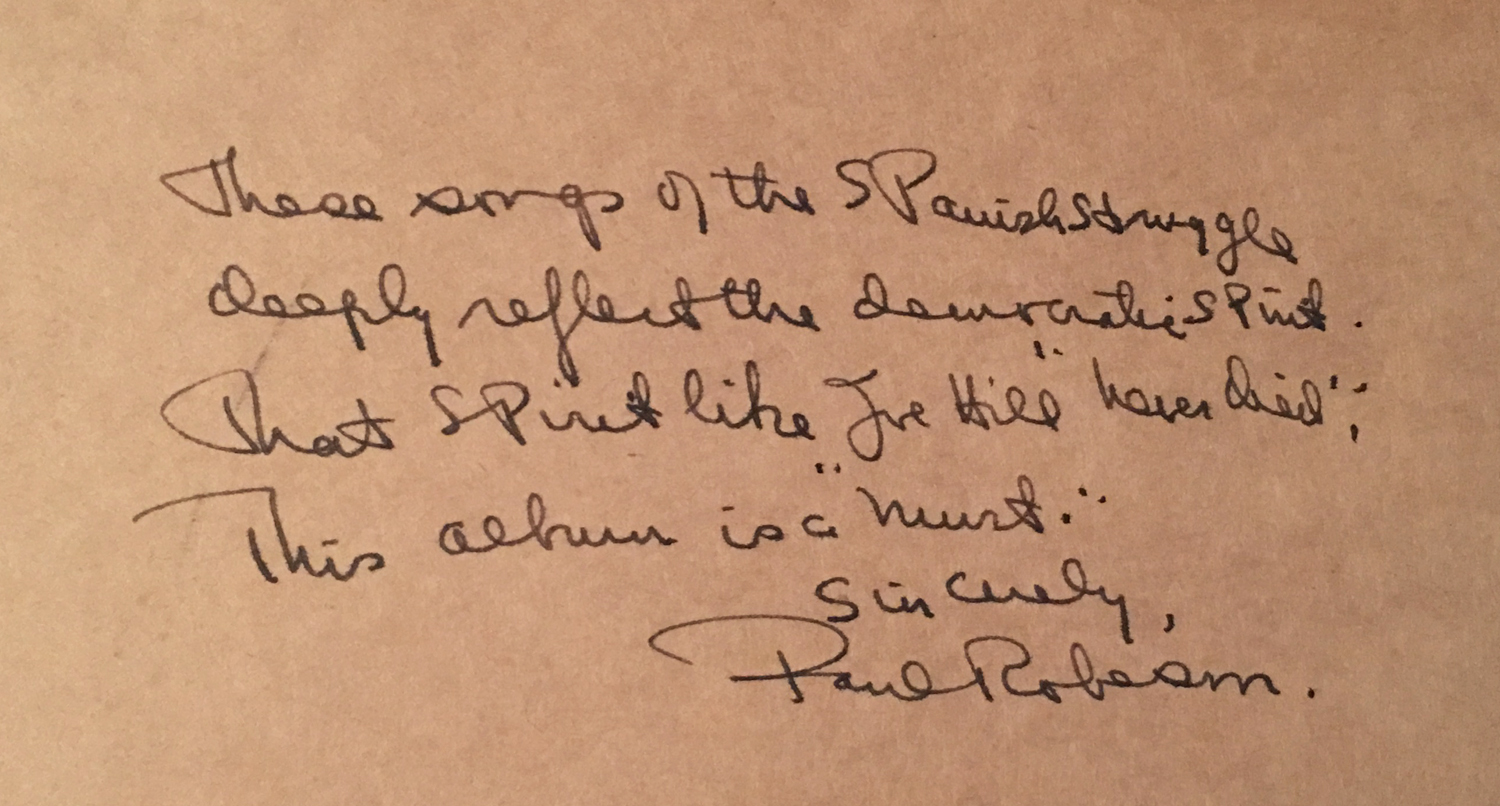 By: Robeson, Paul and Ernst Busch

These are three 10" 78 rpm records of songs associated with the Spanish Civil War written and performed by Ernst Busch and the Choir of the 11th Brigade and recorded in 1938 in Barcelona. The masters were supplied to Eric Bernay and Keynote Records by Paul Robeson who has signed and inscribed a sentiment that references Joe Hill on the front pastedown. The set also Includes a 12mo pamphlet featuring lyrics and notes by Robeson, Erich Weinert, and Eric Bernay, lightly worn and soiled. The set has red suede over color pictorial boards, some wear to edges and corners; discs appear to be unplayed. Robeson's inscription reads: 'These songs of the Spanish struggle/ deeply reflect the democratic spirit./ That spirit like Joe Hill never died/ this album is a 'must'/ sincerely,/ Paul Robeson.' ; Oblong Small 4to 9" - 11" tall; 3 Discs +Booklet pages