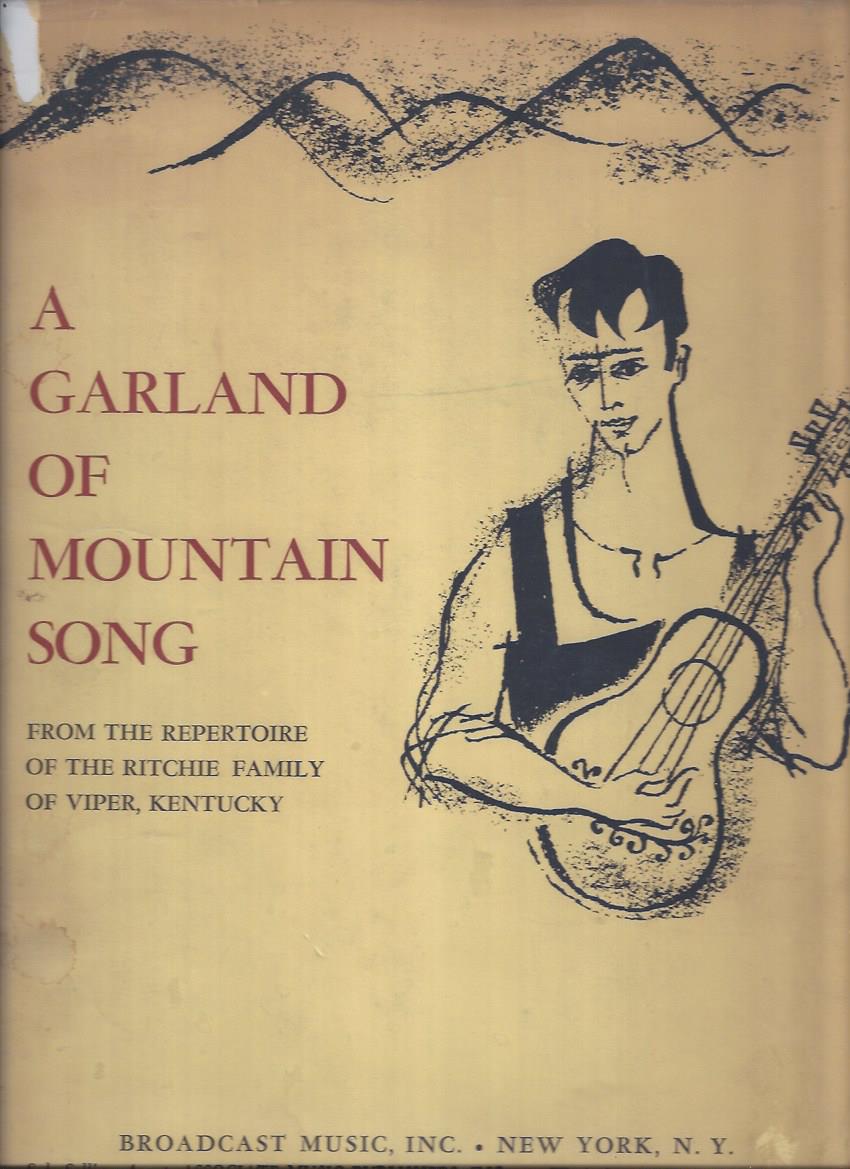 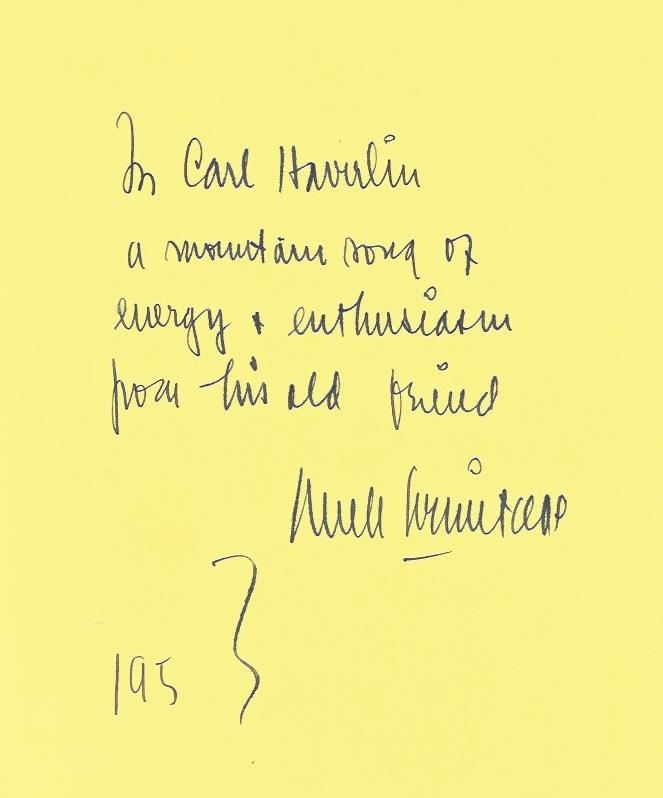 A Garland of Mountain Song: From the Repertoire of the Ritchies Family of Viper, Kentucky

Some wear and soiling to jacket, toning to edges, larger chip to top edge of front panel, a few other smaller closed tears at edges; jacket is VG-. Book has very light interior and exterior aging. VG to VG+. It is illustrated throughout in various colors by Alberta Sordini and designed by Merle Armitage. There is an Introduction by Alan Lomax and a photograph of Jean Ritchie with Carl Sandberg. This copy is signed and inscribed by book designer Merle Armitage to Broadcast Music President Carl Haverlin on the front free endpaper: "To Carl Haverlin, a mountain song of energy & enthusiasm from his old friend, Merle Armitage - 1953." Armitage was one of the great modernist designers, and this collection of Appalachian songs and ballads is one of his lesser-known works. Jean Ritchie, one of the pre-eminent folk singers in the 1960's came from a family of traditional musicians in Kentucky. Carl Haverlin was a pioneer in radio broadcasting, longtime president of Broadcast Music Inc., and a friend of Carl Sandberg, working with the poet on his albums of folk songs. The associations in this volume are truly intriguing - from Ritchie to the photo with Sandberg to the inscription to Sandberg's friend Carl Haverlin from the great book designer, Merle Armitage, to the introduction by one of the great American song collctors, Alan Lomax. ; Drawings, Design; 4to 11" - 13" tall; 69 pages; Signed by Notable Personage, Related

Title: A Garland of Mountain Song: From the Repertoire of the Ritchies Family of Viper, Kentucky

A Garland of Mountain Song: From the Repertoire of the Ritchies Family of Viper, Kentucky