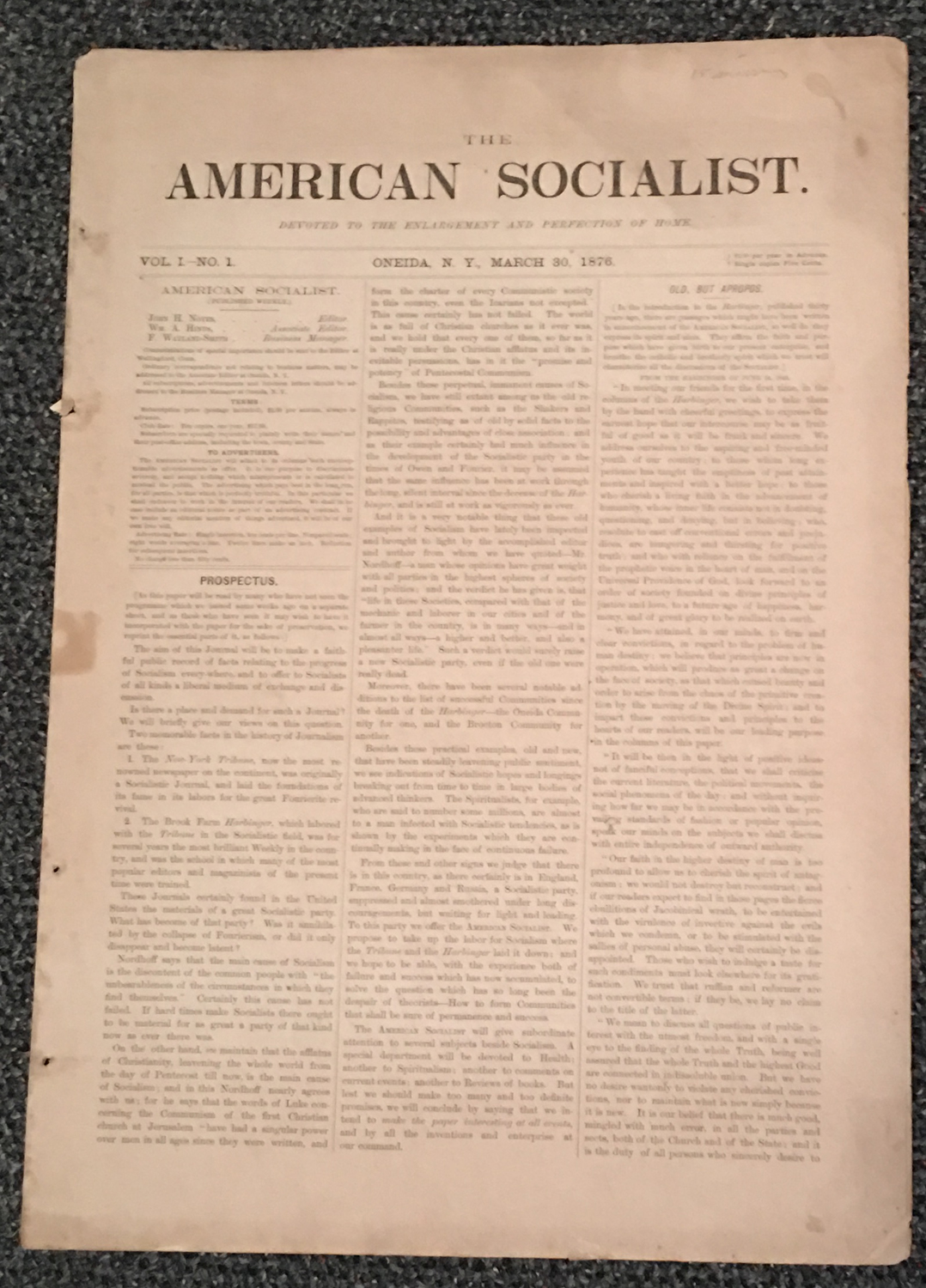 This disbound, newsprint, tabloid-sized paper has some, relatively light,edge and corner wear along with four stab holes in the edge of the left margin where it was at one time bound into a larger volume. There is also some age-toning and light soiling. Overall this copy in about VG condition. This is Volume 1, Number 1 of this newspaper from the utopian, Christian Oneida Community. The Community had had earlier newsletters under different names. The Editor, John H. Noyes, was the founder of the Oneida Community and while nominally a Christian, a Perfectionist and a Socialist, he also had somewhat unusual views on sexuality that allowed for what today would be called polyamory (as well as statutory rape.) Noyes was more than once charged with illicit sexual activity though he espoused the idea that sex should occur only for procreation. The Community also dabbled in (or practiced) Spiritualism with seances and such. And as the title of the newspaper suggest, the guiding political philosophy was socialism/communism. The Community disbanded around 1890 and became a corporation that eventually grew into the Oneida Silver Company. Interesting first issue from one of America's more famous utopian communities. ; Folio 13" - 23" tall; 8 pages

Title: The American Socialist, Vol. 1 No. 1, March 30 1876 : Devoted to the Enlargement and Protection of Home