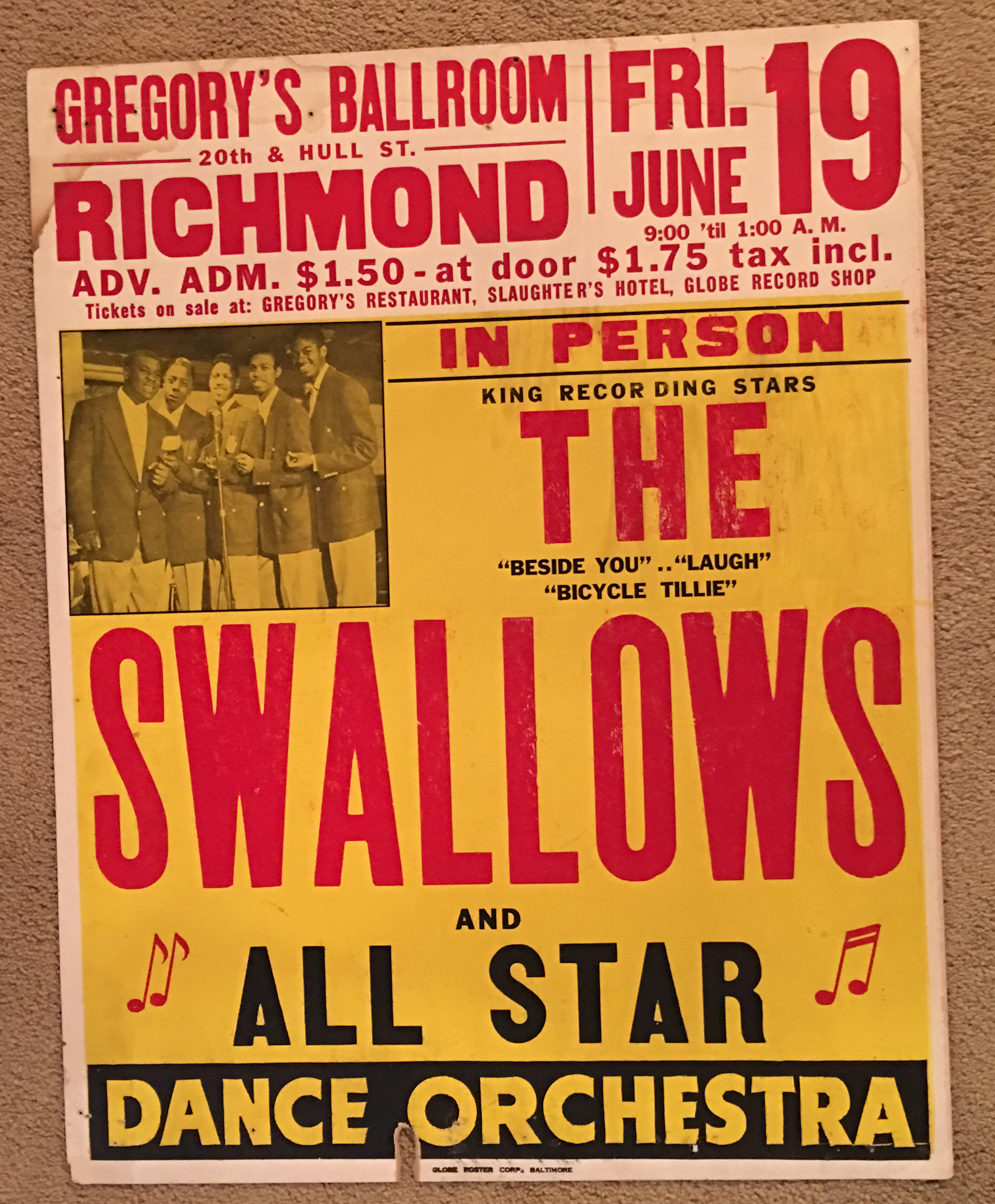 Original large cardboard window card for Baltimore doo-wop group The Swallows. Measures approximately 22 x 28". In G+ condition with moderate wear, moisture stains in the upper portion, and a 2" nail-pull missing piece in the bottom center. Not bad for something two-thirds of a century old. The Swallows were a two-hit wonder that created Top 10 R&B hits in two consecutive summers, 1951 and 1952. This is a quintessential Globe boxing-style concert poster that was on the leading edge of the collecting frenzy surrounding vintage boards a generation ago, when a few of them surfaced from a small stash and seemingly everybody wanted one.The color red is put to tremendous use on this tour-blank poster, anchoring the group's name in the center and dominating the venue box up above. Gregory's Ballroom at 20th & Hull in Richmond, VA on Friday night, June 19, 1953. Advance admission only a $1.50; at the door, $1.75. Tickets on sale at Gregory's Restaurant - surely adjacent to the ballroom - Slaughter's Hotel and the Globe Record Shop, no relation to the poster-printer.The Swallows' "Will You Be Mine" was one of the first hits in doo-wop history, climbing to #9 nationally in 1951 on the highly respected King label. The next year it was "Beside You," mentioned on this poster, doing a notch better by peaking at #8. But that was it for commercial success, partly because the group played it too risky. They released a single called "It Ain't the Meat (It's the Motion)," and were subsequently blackballed by radio and could never regain traction."Bicycle Tillie" is plugged on the poster, their new single in June 1953. The song title "Laugh" is also given. And yet, they were featured in the All-black cast movie, Basin Street Revue, in 1956. It is great to see "King Recording Stars" right above their name, given the importance of that seminal R&B label. GV10; B&W Photographs; Elephant Folio 23" tall; 1 pages