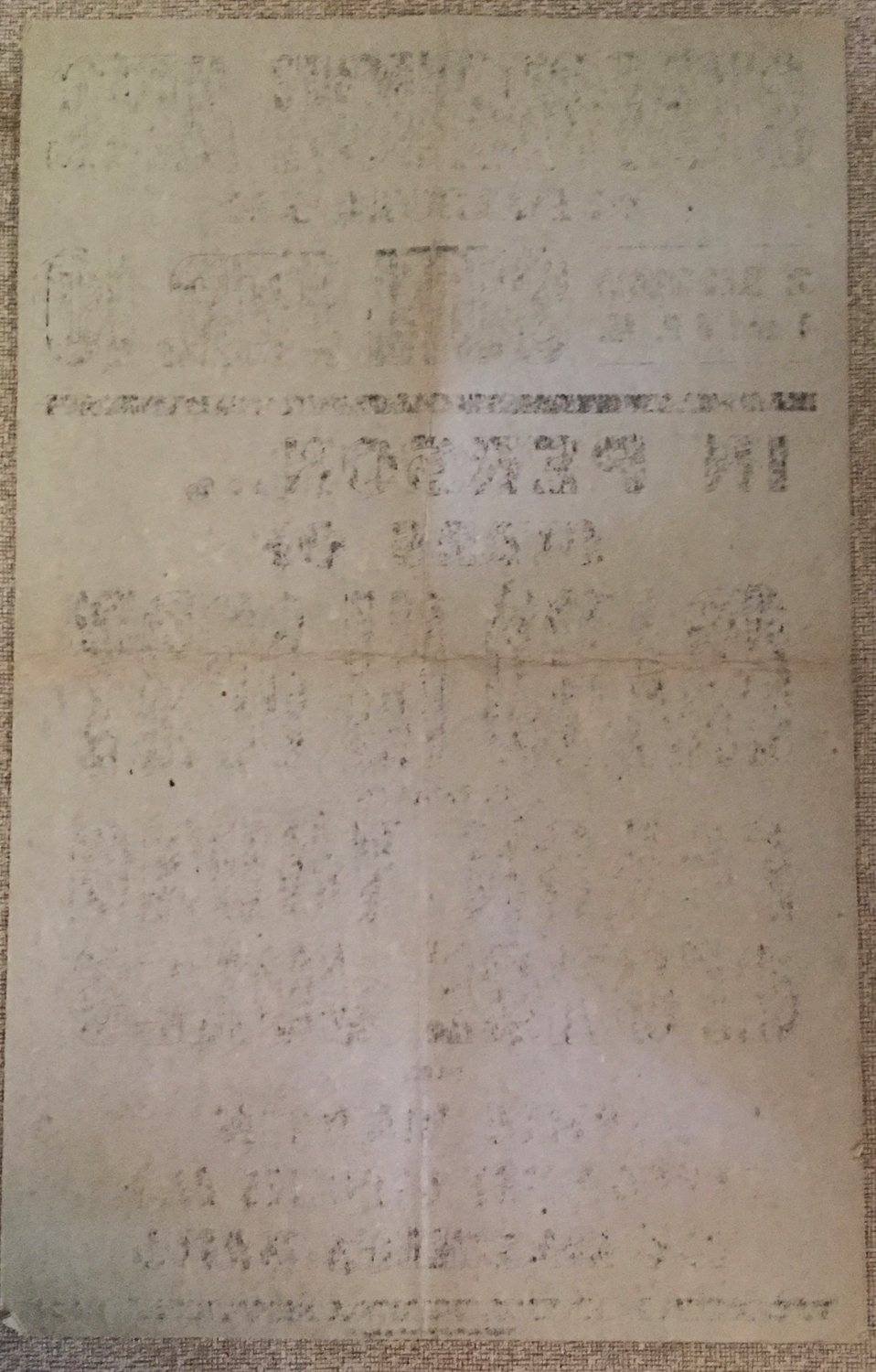 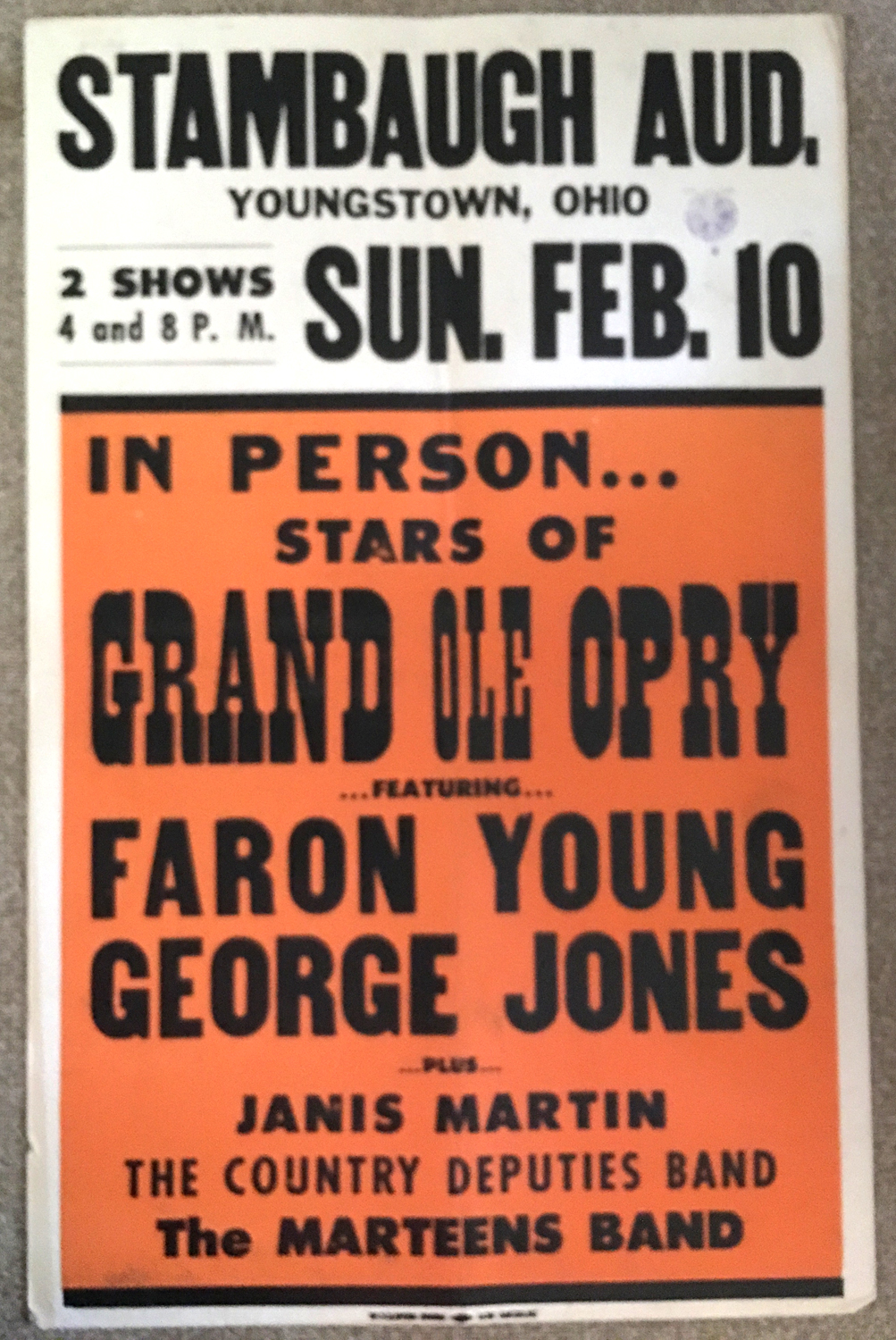 A vintage country-music advertising window card for Faron Young and George Jones in Youngstown, OH on Sunday, Feb. 10, 1957. This poster measures 14" x 22" and grades to Very Good Minus due to its heavy quarter-folding once upon a time, leaving it somewhat flimsy, although it doesn't break color. Also some wear to the corners including a bent one, and a small toning strip along the lower left margin. The poster proclaims "Stars of the Grand Ole Opry," , and both headliners were stars indeed. And both were still near the beginning of their amazingly long & illustrious careers in the music business. Faron Young had just released "I Miss You Already (And You're Not Even Gone)," which would be still another Top 5 C&W hit for him; he had already logged nine of them in the previous four years. Before he'd finish charting a third of a century later, Faron would log an amazing 89 charting singles in Billboard.But even that pales compared to George Jones, who would chart an astonishing 165 singles in Billboard over his career. In February 1957 he was still just a baby, having charted only six thus far... but of course, all of them had gone Top 10. George Jones ranks in the Country Music Pantheon with Hank Williams, The Carter Family and Jimmie Rodgers. GV10; Folio 13" - 23" tall; 1 pages