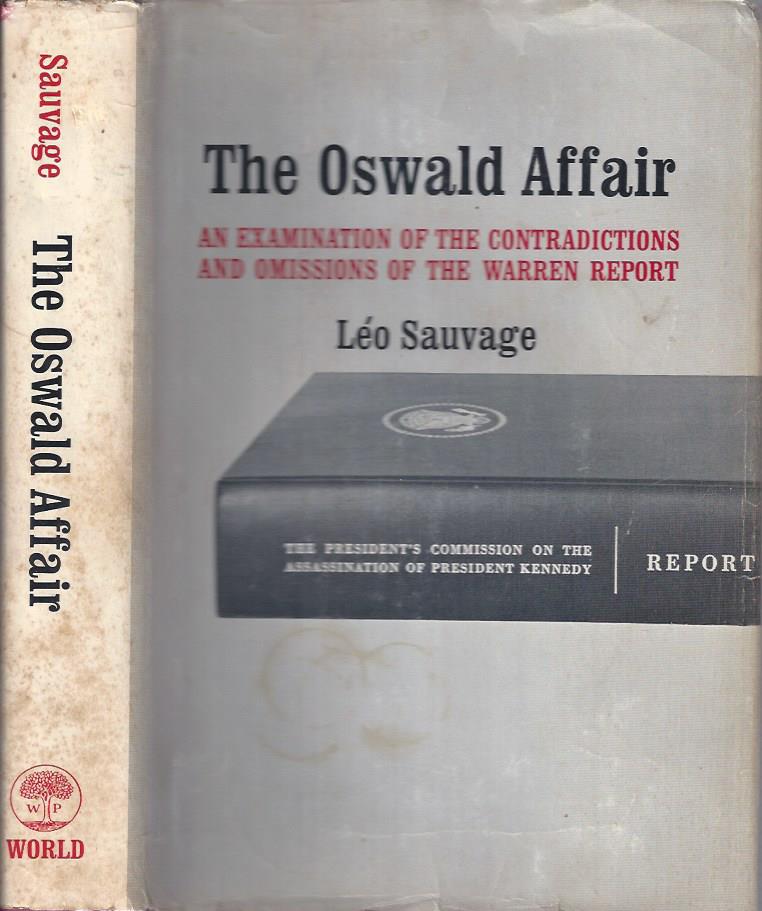 The Oswald Affair: An Examination of the Contradictions and Omissions of the Warren Report

Book has only very light wear except for a small bump to the front tp right corner. There is also aging mainly on the edges. There is a light musty odor from storage that is dissipating. Book is square and the binding secure. VG to VG+. The jacket has some edge and corner wear with some small chips, tears and creases, though it is still quite presentable. In Mylar. About VG. This book was originally published in French. Sauvage was the American correspondent for the French magazine La Figaro. Early on he went to Dallas to research the assassination of JFK and came up with an elaborate plot that, he argues, was covered up by the Warren Commission. Early conspiracy theory book on the Kennedy Assassination. ; B&W Illustrations; Large 8vo 9" - 10" tall; 418 pages

Title: The Oswald Affair: An Examination of the Contradictions and Omissions of the Warren Report

The Oswald Affair: An Examination of the Contradictions and Omissions of the Warren Report