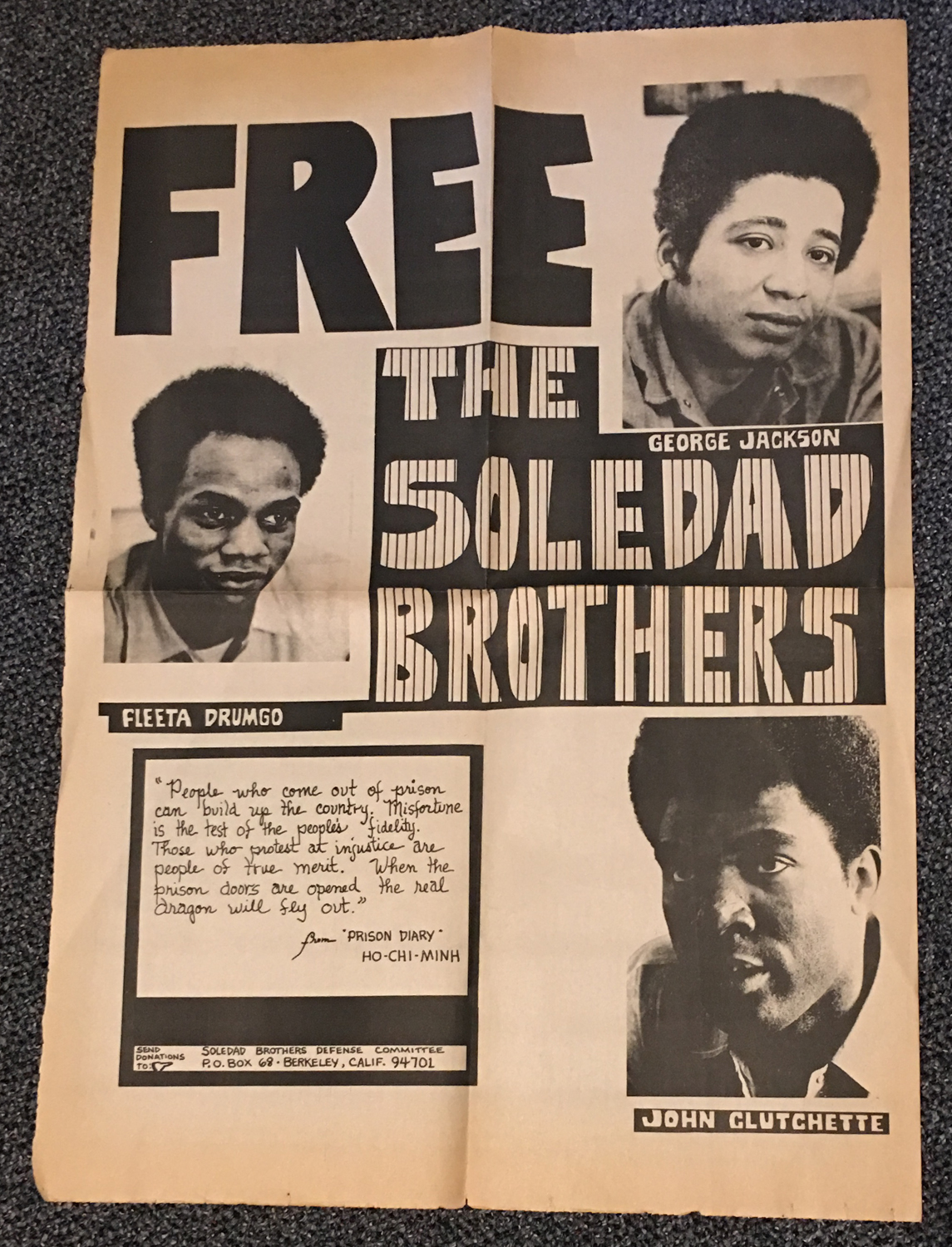 This 16¼x11½" newspaper is folded horizontally; it has a total of eight pages. The middle section (pp. 2-5) is a fold-out poster backed with an article by Angela Davis. It has some edge toning, with small tears and creases; overall about very good. The Soledad Brothers were George Jackson, Fleeta Drumgo, and John Cluchette, three African-American activists who were accused of murdering a white prison guard at California's Soledad State Prison. This newspaper, dated May 1, 1971, features commentary by Angela Davis, information about other political prisoners, and illustrations. Just two issues of Soledad Brothers were produced. Jackson died a few months following the second issue, in August 1971. The fold-out poster in this issue is of particular interest. Opened out it is approximately 22X16. I think it is the main issue of this particular poster. The Oakland Museum of California has a copy that is on newsprint with the Angela Davis article on the verso. In the trade I find two copies of the poster having bee