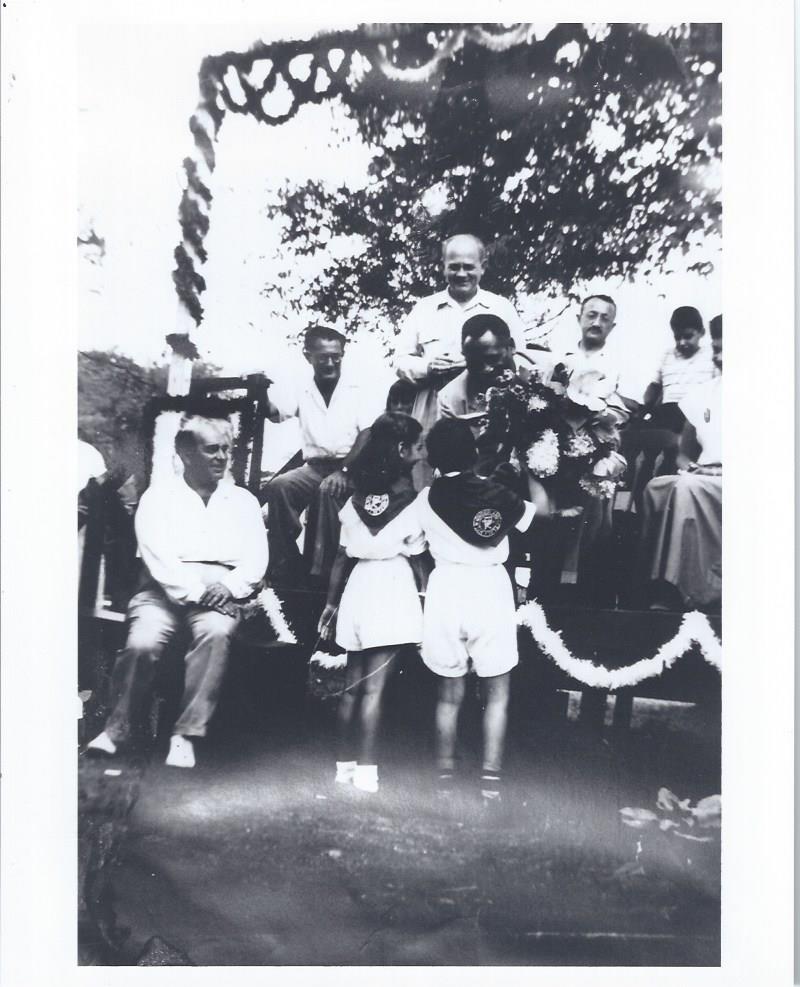 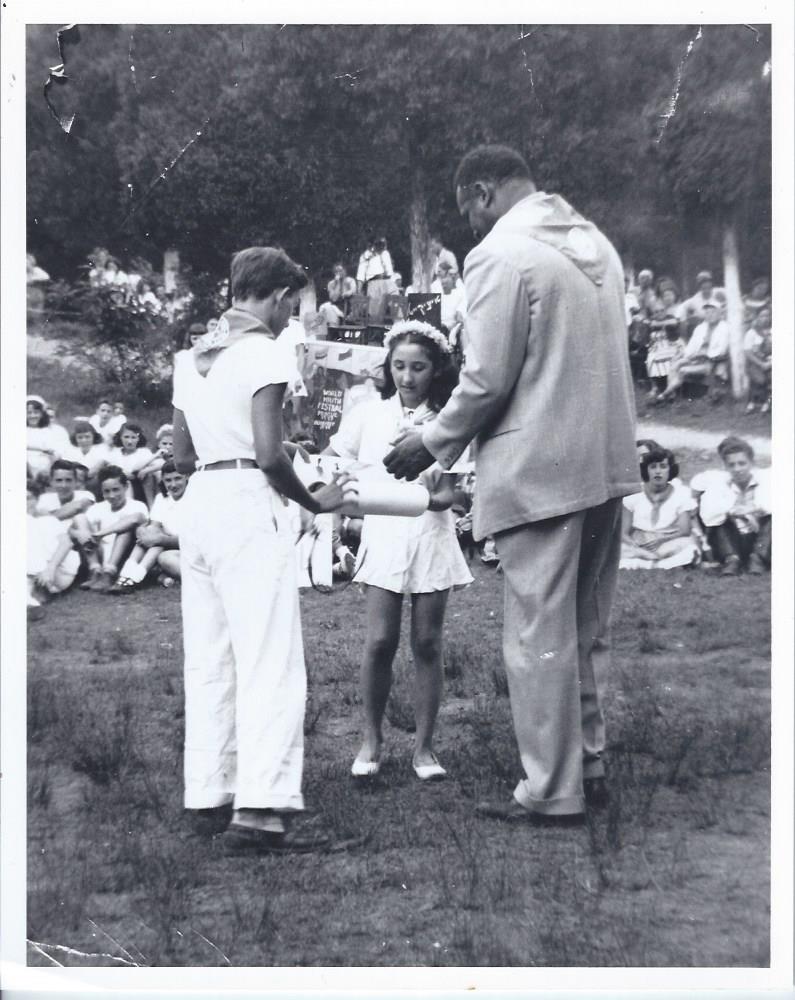 These are copies of two B&W photographs of Paul Robeson. In one he is at Camp Kinderland in Hopewell, New York in 1949. In the other he is at the World Youth Festival, most likely in East berlin in 1951. These two photographs are in NF condition although they are obviously copies of photographs and not printed from negatives; damage on the original photos is evident in these copies. Nonetheless, they are historically important and uncommon images showing Robeson at Communist-related events. Camp Kinderland wasfounded in Hopewell Junction, New York in 1923 as an outreach of the International Workers' Order. The IWO was disbanded in 1954 because of Communist affiliation, but Camp Kinderland continued as an independent organization with strong tie to Jewish groups in New York. It continues today. The World Youth Festival began in Prague in 1947. Information indicates that Robeson attended the 1951 Festivall in East Berlin. Both photos are from the collection of Fay Itzkowitz. ; 2 B&W Photographs; Large 8vo 9" - 10" tall; 2 pages