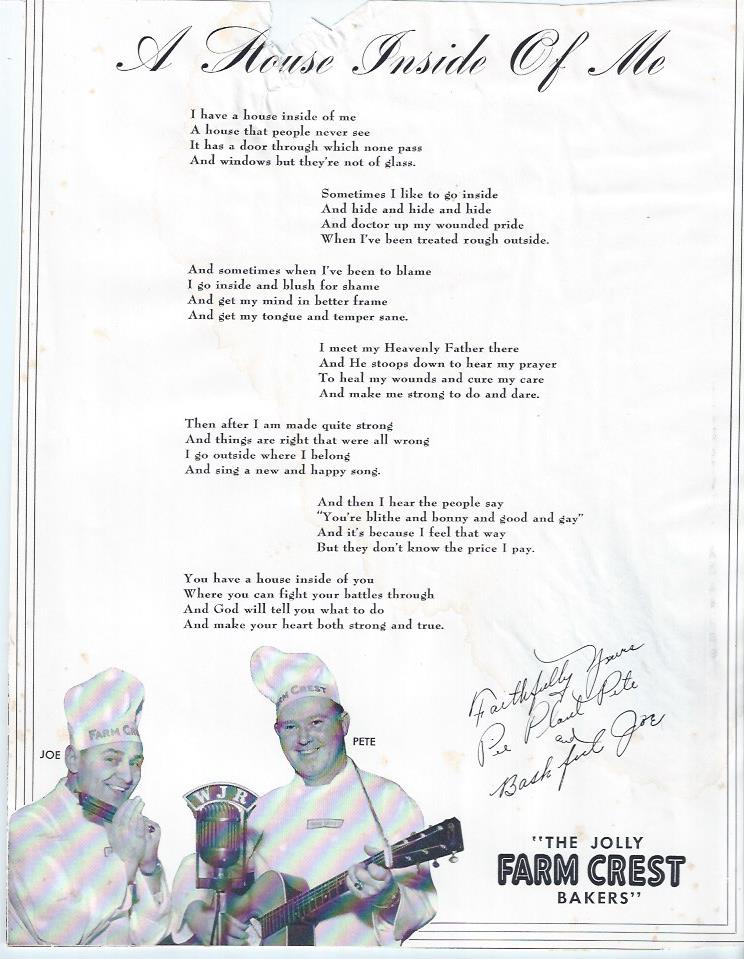 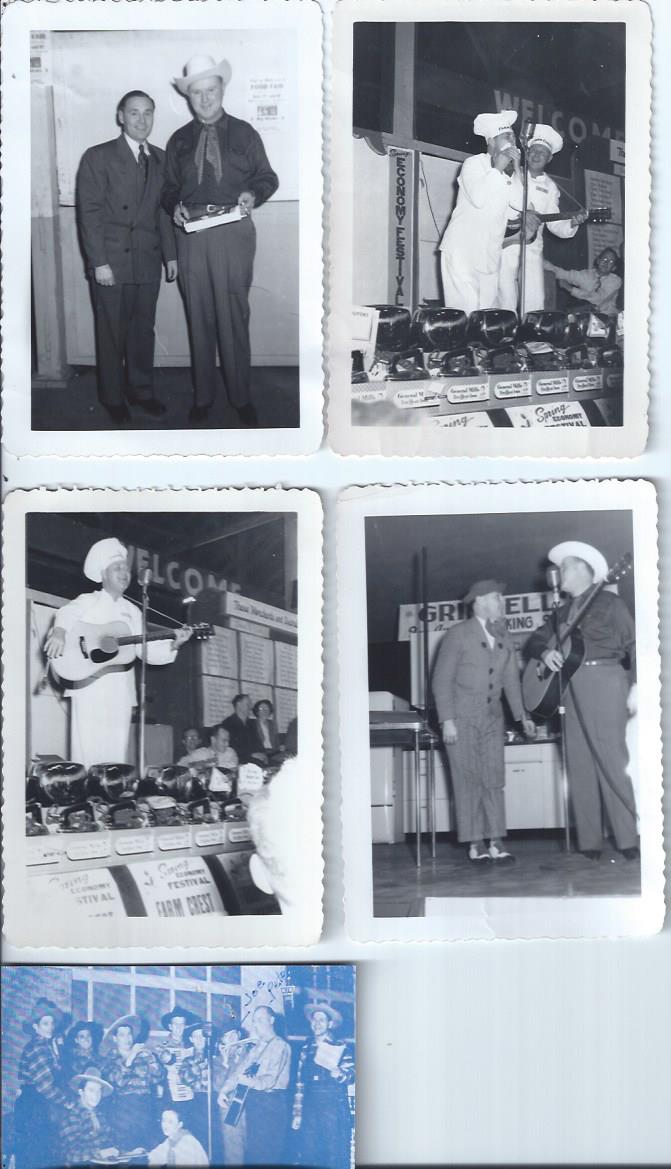 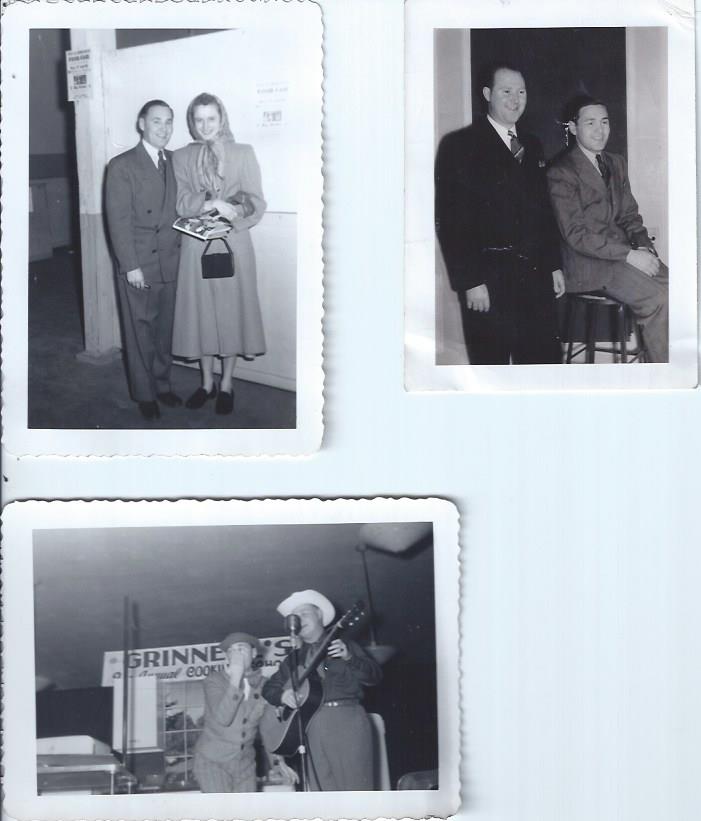 This lot includes a Lyric Sheet for "A House Inside of Me," with a photographic image of Pie Plant Pete and Bashful Harmonica Joe along with what I believe to be a preprinted autograph of the duo. I originally thought this was a real autograph but now consider it a preprint. There are also nine snapshots taken of the two in performance and backstage. One of these nine is a ticket to the Cleveland Clambake, indicating that not all of this material came from Detroit. These photos were taken by a young, female fan who travelled to various radio stations in the 1940's and 50's to meet and photograph her country music favorites. This grouping is for the most pasrt Very Good to Near Fine, though the lyric has some loss at the to and an old stains along with a scraped spot on the verso. It actually looks better than it sound. This archive came from a time when Pie Plant and Joe were performing in Detroit, starting in 1950. Pie Plant Pete and Bashful Harmonica Joe were popular performers. Pie Plant was an accomplished musicians. Pie Plant had a significant influence on Les Paul and through him on early Rock and Roll. This lot comes with a long account of the duet taken from the Internet. ; B&W Photographs; Large 8vo 9" - 10" tall; 1 pages