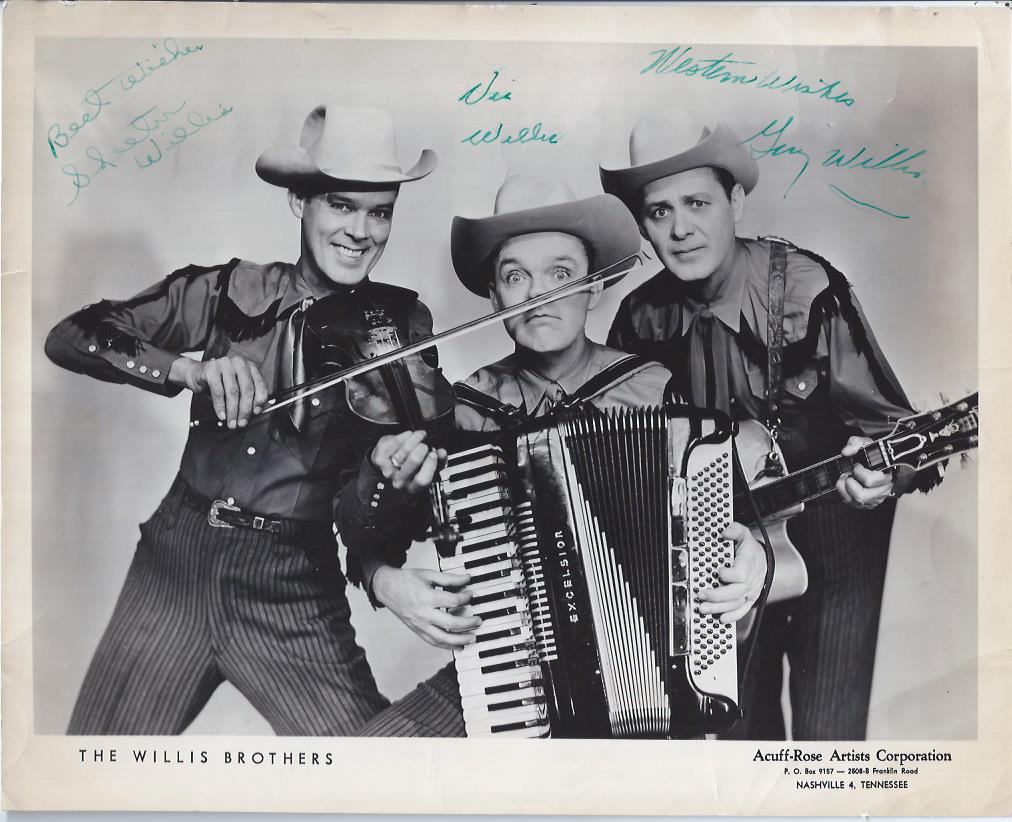 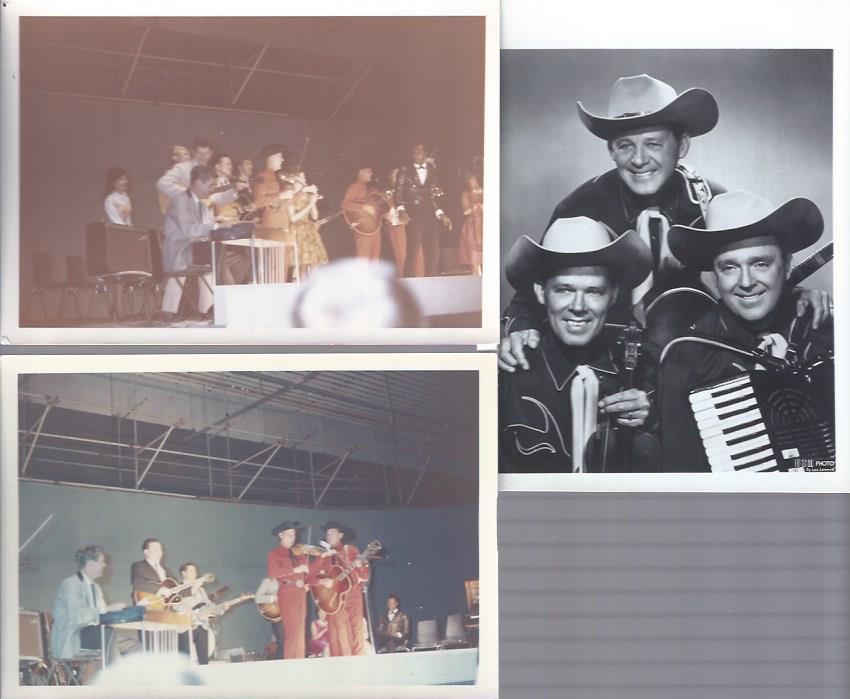 The Willis Brothers, Autographed Publicity Photograph and Three other Photographs

By: (The Willis Brothers)

This B&W, 8X10, signed, publicity photograph has some light wear with an old, flattened crease on the right bottom corner. There is some light age-toning but the photo is still about VG+. Besides the signed 8X10, there is a smaller, 3X5, B&W publicity shot and two color polaroids (3X5) from a concert in Amsterdam. The back says these two photos were taken by Harry Segers. The Willis Borothers began their careers in Shawnee Oklahoma on radio station KGEF. After service in WWII, they became members of the Grand Ole Opry and briefly played as a backup band for Hank Williams. They often incorporated humor into their act. Guy Willis had a children's TV show in Chattanooga during the 1950's. They were popular country entertainers and had several songs that charted. ; B&W Photographs; Large 8vo 9" - 10" tall; 1 pages

The Willis Brothers, Autographed Publicity Photograph and Three other Photographs