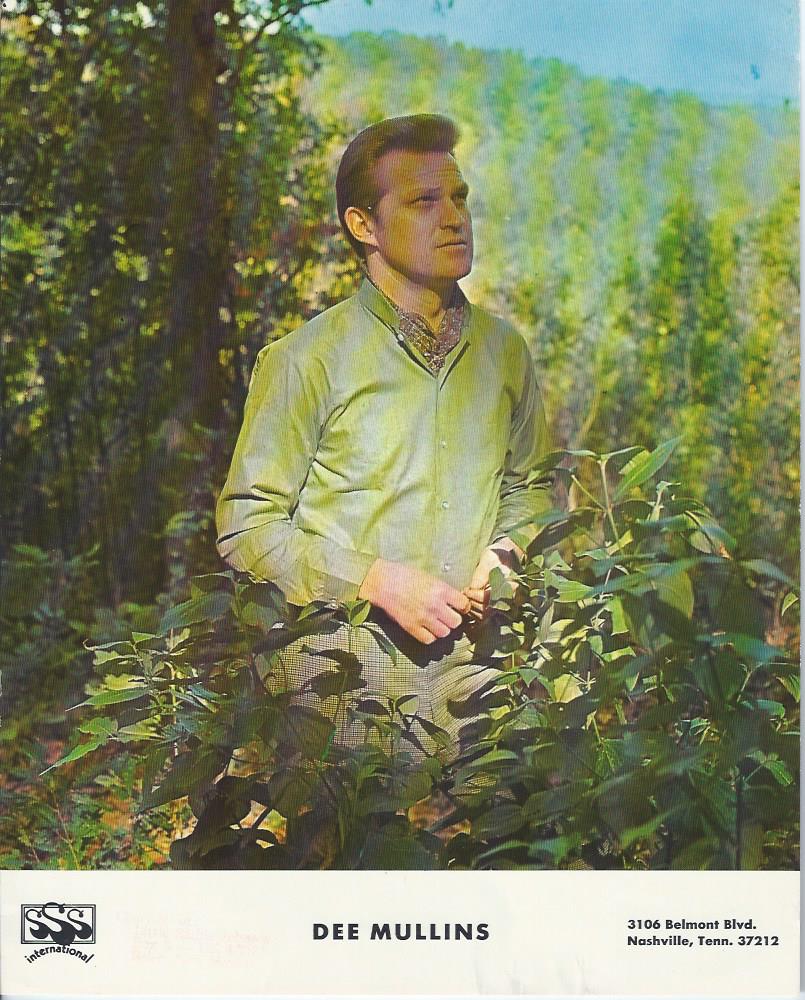 This color, 8X10, publicity photograph has only light wear in the bottom margin. Near fine. Dee Mullins was an unusual country singer in Nashville in the 1960's and 70's. Despite a good voice and good songs, he never had a great deal of success. Born Dwight Mullinaux in Gafford, Texas on April 7, 1937, (d. 1991) country singer Dee Mullins must have raised a few eyebrows among the Old Boys Club in the Country Music establishment when he hooked up with Shelby Singleton's Nashville-based SSS International Records (later re-named Plantation when it became a Sun subsidiary) in the late 1960s and began releasing records that can only be described as ... well ... unusual for the genre. Even Country music fans weren't too sure about his releases as, in five national hits from 1968 to 1973, the highest any of his sides went on the national Country charts was # 51.; Color Photograph; Large 8vo 9" - 10" tall; 1 pages