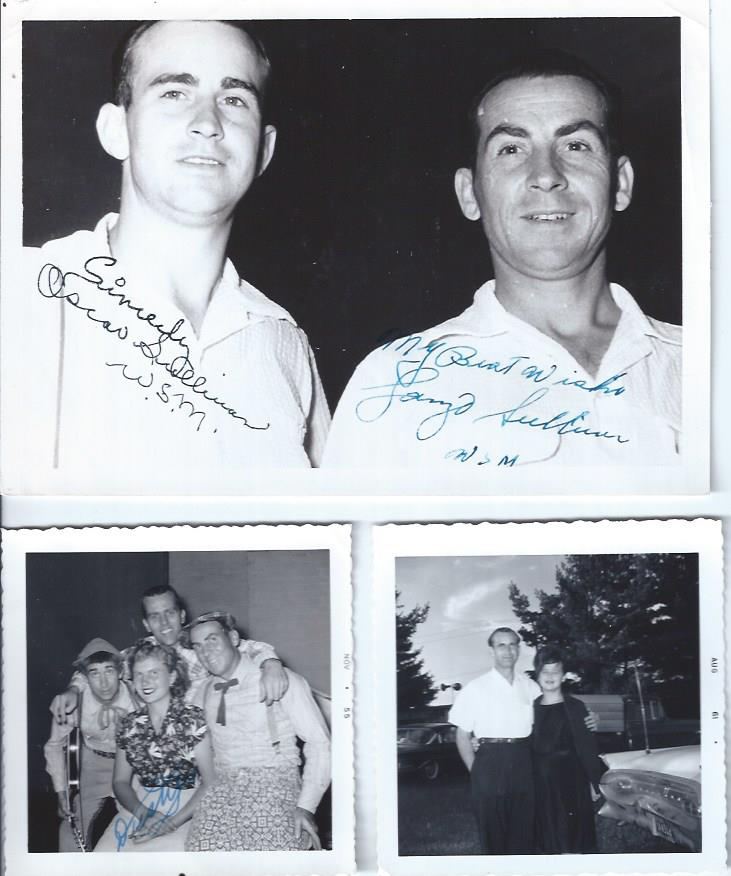 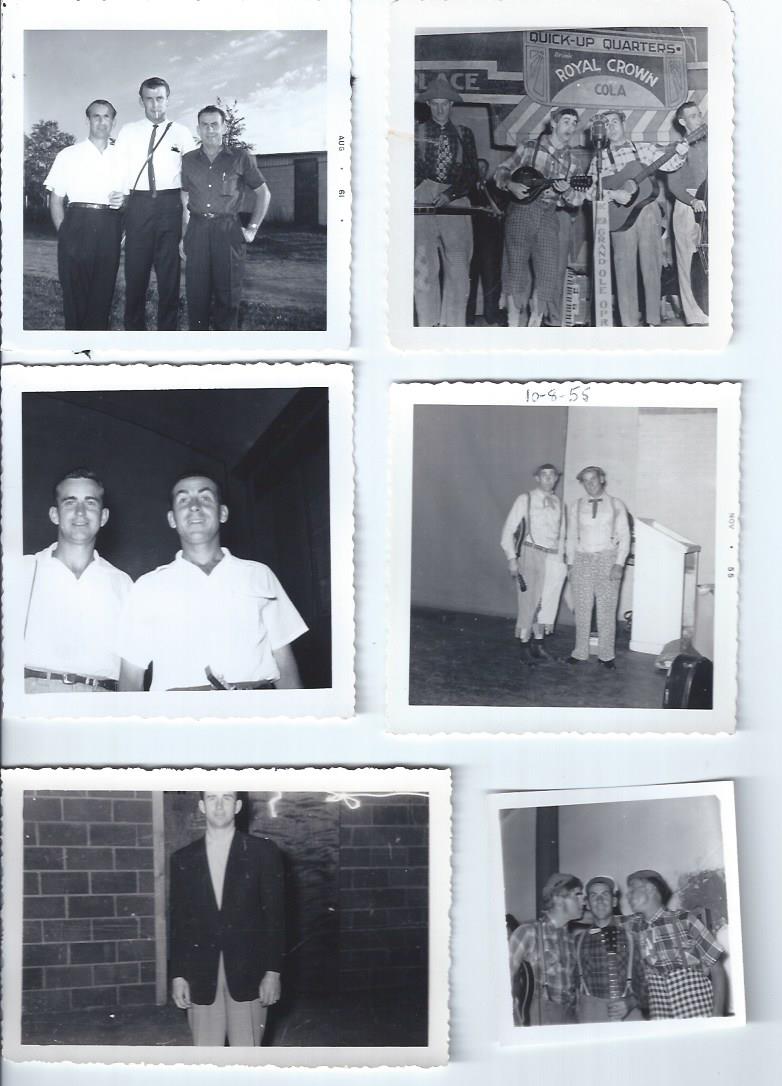 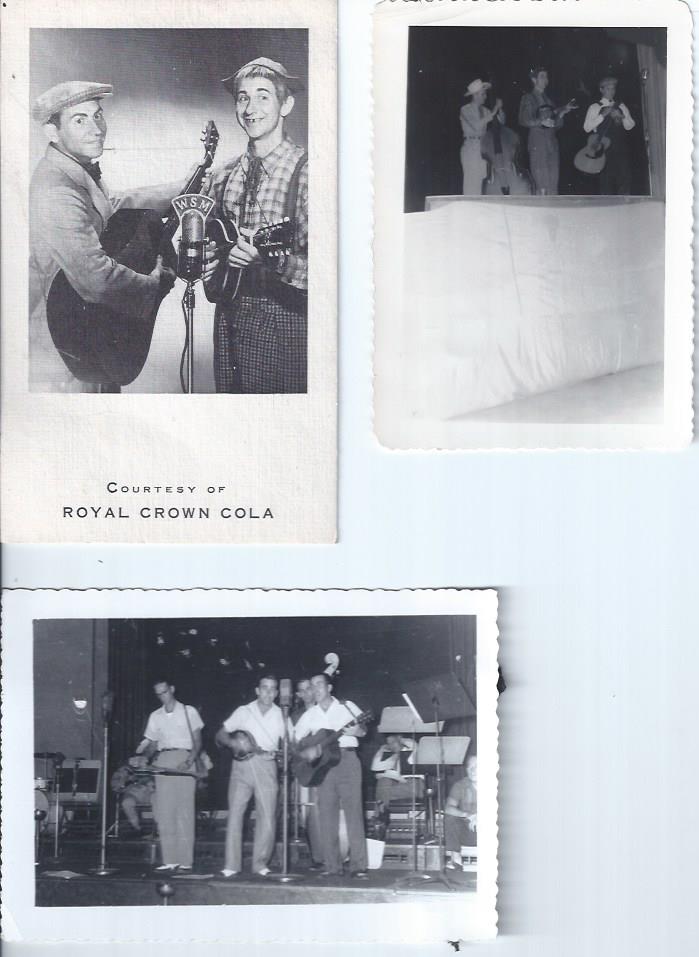 By: (Lonzo and Oscar)

This is a small archive of B&W Photographs Grand Ole Opry comedy stars collected by a country music fan in the 1950' and 1960's. There are two publicity shots, one a 5X7 autographed by both Lonzo and Oscar and the other a post card that shows the duo and reads "Courtesy of Royal Crown Cola" -- the two recorded "Give me a Moon Pie and an R. C. Cola." The other ten photos are snapshots taken by the fan that show the pair both on and off stage. Most of these were from a Brownie camera and are 3.5" square, though sizes vary. The photos are in about near fine condition; they all have album residue on the rear where at one time they were affixed to a page. This is probably removable. The photos are also labelled on the back. One of them shows a female singer with Lonzo and Oscar. She has signed "Dusty." On the back, she is labelled "Dusty Borelson." ; B&W Photographs; Signed by Author