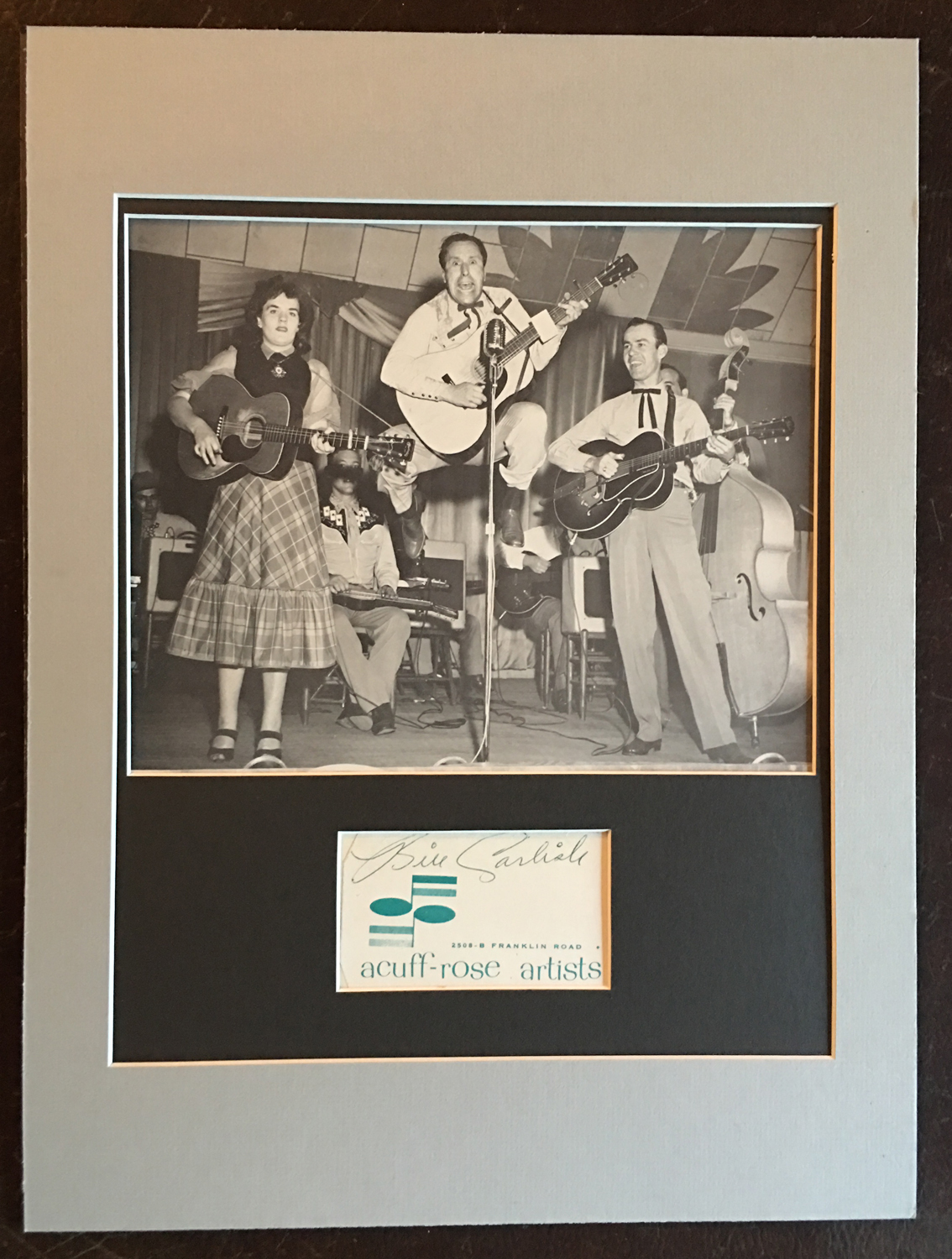 This is an 8X10 B&W Photograph of Jumpin Bill Carlisle matted with his autograph on an Acuff-Rose letterhead and framed in a black metal frame. The autograph is 3 1/2 X 2. The total frame measures 12 X 16. The entire grouping is in NF condition with the autograph has almost unnoticeable clipped corners on the left side. "Jumpin" Bill Carlisle was from Kentucky. He and his brother, Cliff, started out as a duo singing old-time country music, occasionally with risque lyrics. Later on Bill, who was an exceptional guitarist, went solo and became famous for novelty songs and comedy. His nickname came from his leaps into the sir while singing. (See the photograph.) Carlisle was a member of the Grand Old Opry and was elected to the Country Music Hall of Fame. His autograph is relatively uncommon. ; B&W Photographs; 4to 11" - 13" tall; 1 pages