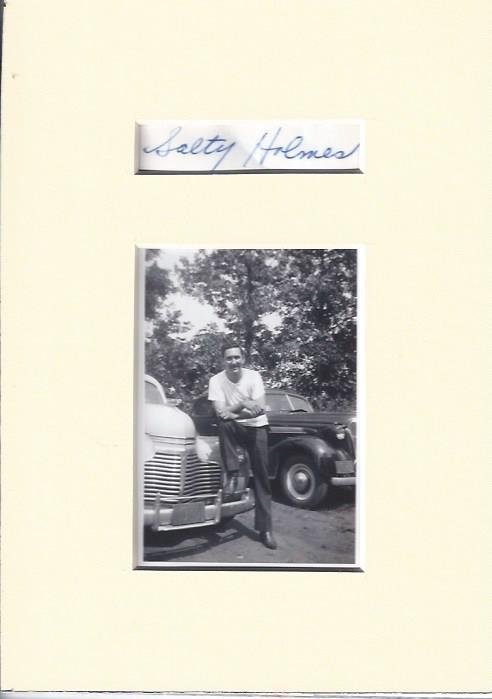 This is a matted autograph and small photograph of Country Music star, Salty Homes. Homes was also in several western movies in Hollywood. The matted display is 5X7. The autograph and photo come from a collection of a young woman named Millie, who attended radio broadcasts in the 1930's to 1950's and collected memorabilia from the performers. Many of the photos, like this one, were candid snapshots that she took herself. Salty Holmes, born in Glasgow, Kentucky, was a harmonica and guitar player who started a group called the Prairie Ramblers who appeared on WLS in Chicagoand were the backing band for the young Patsy Montana. Holmes met cowboy stars Gene Autry and Tex Ritter and was featured in several movies. He played both old-time country music and Western music. This matted set is in NF condition. ; B&W Photographs; 24mo 5" - 6" tall; 1 pages