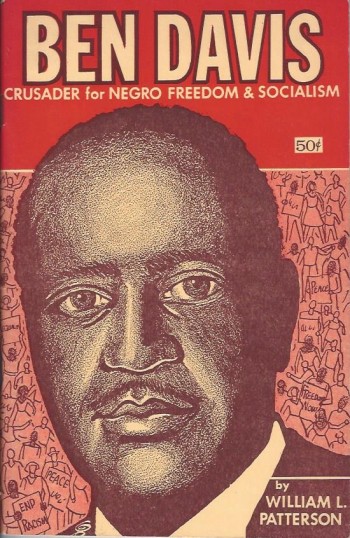 Stapled, reddish wraps with white titles and image of Ben Davis. Very light edge and corner wear, square and securely bound, about near fine. This is an account of the life of Ben Davis, an African-American lawyer from Georgia who became an active Communist/socialist in the struggle for African-American rights. Davis was involved as a defense lawyer in the Angelo Herndon case in Atlanta in 1933 and became an outspoken Communist. He eventually moved to New York and was elected to the City Council from Harlem as an avowed Communist. He was tried under the Smith Act and sentenced to prison, essentially for being a Communist. As with many other African-American activists from the 1930's, an affiliation with Communism has resulted in a kind of historical forgetfulness. WorldCat locates on two copies of this booklet in libraries.; B&W Photographs; 8vo 8" - 9" tall; 48 pages