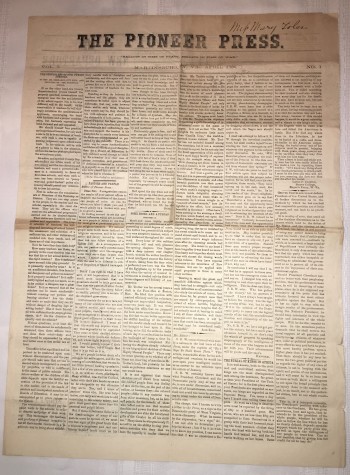 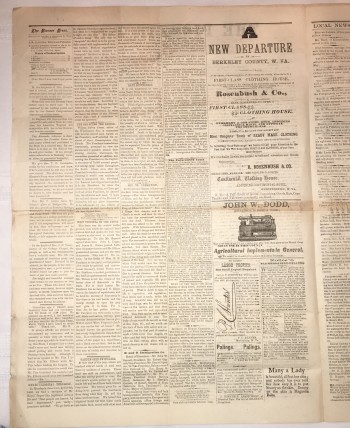 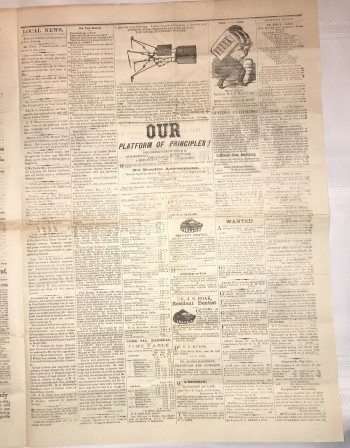 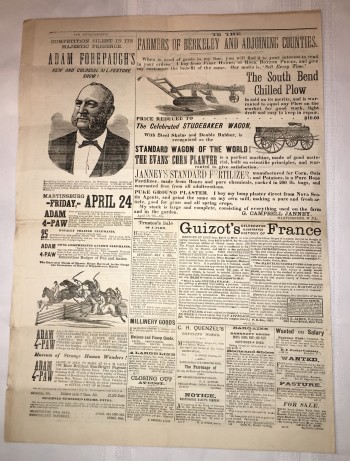 This is a four-page newspaper on good quality newsprint with expected aging and surprisingly light edge and corner wear. There are vertical and horizontal folds from mailing or delivery and some small holes where these folds intersect. Please see photograph -- neither the folds nor the holes are obtrusive. A former owner's name is written in ink at the top of the first page. Overall this copy is VG to VG+. This is an important African-American periodical and copies are quite scarce. As best I can tell, WorldCat locates fewer than 20 individual papers in institutions. The story behind this newspaper is quite interesting. In 1864 fifteen-year old John Robert Clifford enlisted in the 13th Regiment of Heavy Artillery, Colored Troops. After his discharge in 1865, he attended Storer College in Harper's Ferry, which was newly created to educate local African-Americans. After Storer, Clifford studied law under J. Nelson Wirner in Martinsburg and became the first African-American attorney admitted to the West Virginia Bar. In 1882 Clifford began publishing The Pioneer Press in Martinsburg. The Press was the first African-American owned newspaper in West Virginia. At first the paper was issued monthly. It later became a weekly and had national distribution. The Pioneer Press was "devoted to the interests and education of the colored race." The paper ended publication in 1917 by order of the United States government because Clifford had had the temerity to criticize US involvement in World War I. At that time "The Pioneer Press was the longest running black newspaper in the country" according to wvcuture.org. Clifford was also a founding member of the Niagara Movement (led by W. E. B. DuBois). In 1906 Clifford arranged for the second annual meeting of this group to be held at Storer College in Harpers Ferry. Clifford died in 1933. ; Folio 13" - 23" tall; 4 pages