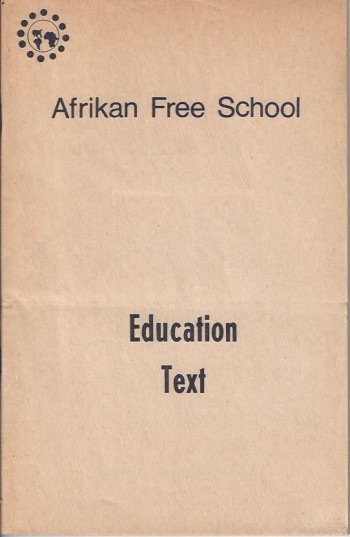 Portrait of Imamu Amiri Baraka on 5th page.Original printed wrappers; toning, minimal wear. About near fine.This pamphlet is a fully developed curriculum for the Afrocentric school founded in 1967 by LeRoi Jones / Amiri Baraka in Newark, New Jersey. It is not stated that Baraka actually authored this pamphlet, though, if he did not, he certainly had much influential input. My guess would be that he was the author. The pamphlet includes background on the school''s history, philosophy and administration, as well as curriculum grids for pre-school through grade 8. Students were taught in Swahili and English. No copies traced at auction. WorldCat lists eight or nine copies in libraries. Quite scarce. ; B&W Portrait of Baraka; 8vo 8" - 9" tall; 36 pages