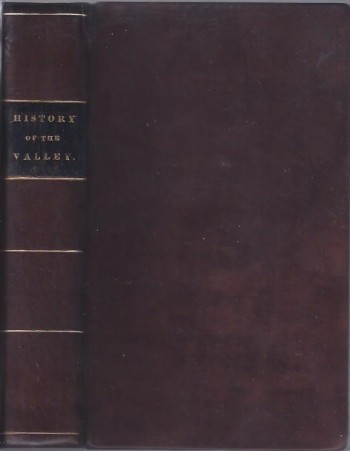 History of the Valley of Virginia

20th-century full calf, bound to style, with early morocco spine label laid on. Margins of six text leaves have been professionally conserved; scattered light foxing and age-toning; very good. This book remains one of the best histories of the early settlement of the Shenandoah Valley, though as Streeter notes the second and third sections of the book are simply reprints of earlier works, including Doddridge's Notes on the Settlement and Indian Wars (1824). However, Kercheval's original contributions are valuable; according to Streeter "...he was assiduous in interviewing the old timers and has assembled a large body of fact and tradition." Reprinted numerous times through the first half of the 20th century, the first edition has long been a sought-after rarity. This is a very attractive restored copy of a quite uncommon book. STREETER 1336. HOWES 104.; 12mo 7" - 7½" tall; 486 pages

Title: History of the Valley of Virginia

History of the Valley of Virginia