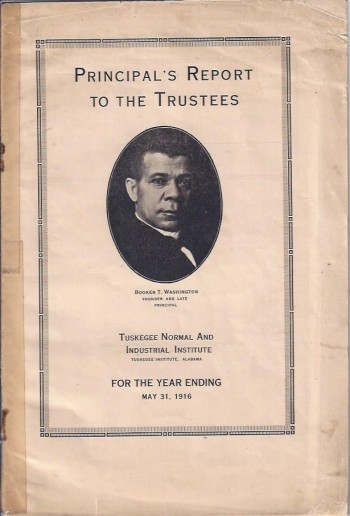 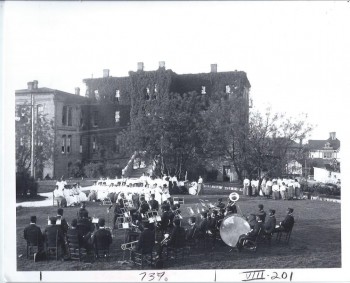 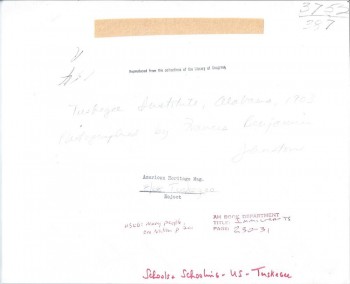 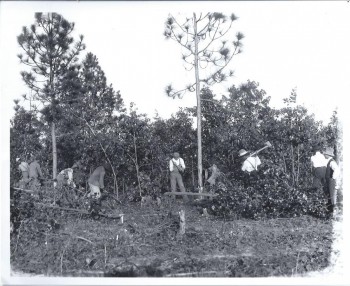 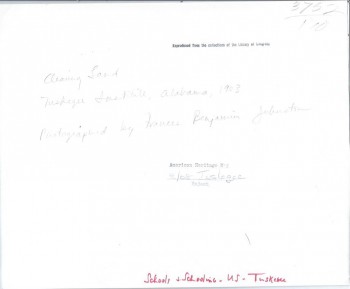 Principal's Report to the Trustees, 1916 : Also, Two Photographs of Events on Tuskegee Campus

Originally stapled pamphlet with image of Booker T. Washington and black titles. Staples are missing and spine was long ago taped. Interior pages are held together by the tape. See scan. Overall this is VG except for the tape repair. The pamphlet, an annual financial report, has some light edge and corner wear along with a dogear and short tear at top right corner of front cover. Both interior and exterior age toning. This report is from the year after Washington's death. These annual reports are somewhat scarce. WorldCat locates only five from any year in libraries. This Report comes with two 8X10 photographs from the College. One is of an event at Tuskegee which shows what I take to be the college band playing for female students. The back of the photo is stamped, "Reproduced from the collections of the Library of Congress." A second stamp says, "American Heritage Mag., Reject." In pencil is a notation indicating that the photgrapher was Frances Benjamin Johnston and some other notes having to do with American Heritage Magazine, which obviously considered the image for a story. I would assume that this photo was reproduced from the original negative, though I do not know that. The second photo shows students clearing land at Tuskegee in 1903. It is also by Johnston and has similar information on the back. ; B&W Image of Booker T. Washington of Front Wrap; Large 8vo 9" - 10" tall; 19 pages

Principal's Report to the Trustees, 1916 : Also, Two Photographs of Events on Tuskegee Campus